So I am sure you all know about the whole Argentina default that has been in the papers lately, no need to delve into it. This so called "technical" default has lead some interesting investment opportunities (Soros Doubles YPF Stake) and a conundrum that I cannot answer.

The Telecommuncation company,, Telecom Argentina, has ADR's listed on the NYSE. They are also locally traded on the Buenos Aires Stock Exchange. The ADR price, denominated in $USD, is currently ~19 USD. The locally traded stock is worth ~45 ARS (~5 USD) last I checked on Bloomberg at work today, creating a 14 USD discrepancy.

There might some voting right differences but the share are pretty much at parity and certainly not enough to explain a 14 USD difference. Many of you might argue that spread is due to currency but that is not the case, the ARS is pegged to the USD at ~8.20 ARS for each USD. Country risk premium?? maybe so but wouldn't that be priced in mostly the currency/bonds which then would be reflected in the stock? To give you an idea, the stock trades at 12X Earnings on the B.A.S. Exchange but at 8X here on th NYSE, something is not adding up.

Aren't there quant shops that do cross country arbitrage between ADR's and their respective domiciled stock. And why aren't they arbitraging this spread? There is clearly something wrong. 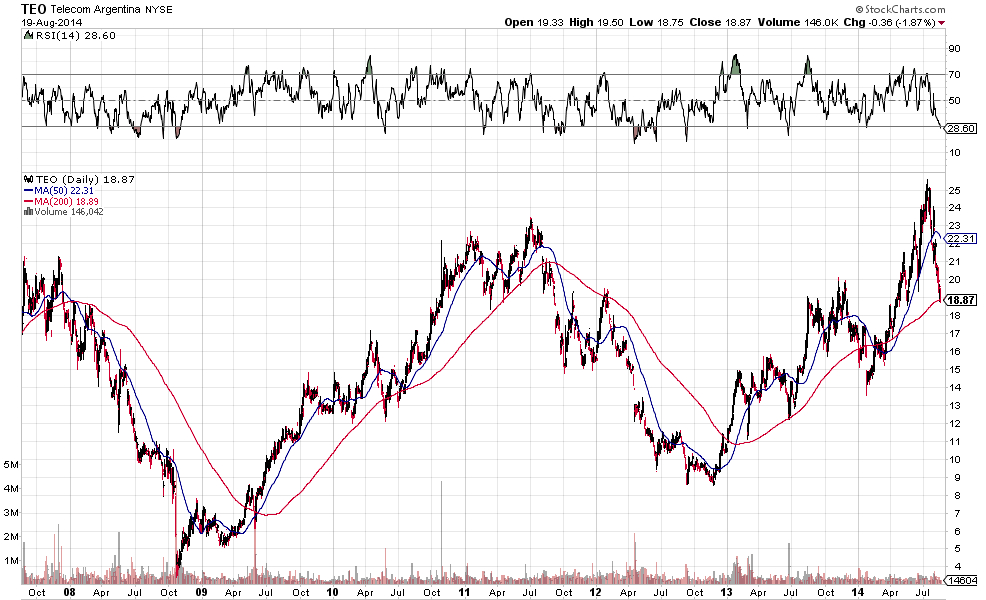 One depository receipt corresponds to 5 shares (see here), so you pay ~19USD for ~225ARS which corresponds to an implied exchange rate of ~12ARS/USD.

Not the answer you're looking for? Browse other questions tagged equities arbitrage or ask your own question.