Is it too important that my residuals be normal? I am Using an ARMA/GARCH model

I am trying to fit an ARMA/GARCH model to a time series. I found that the best candidate is an ARMA(1,0) + GARCH(1,1) with gaussian white noise 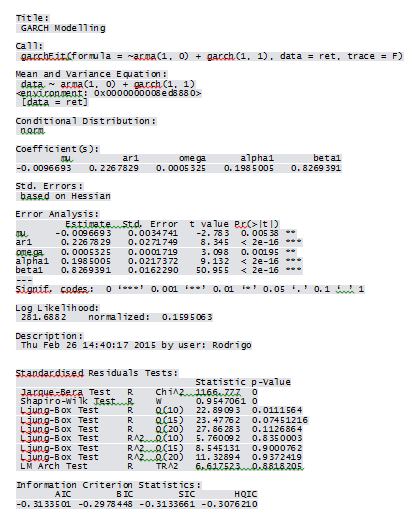 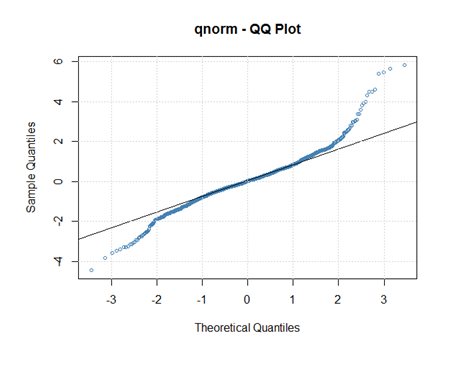 confirm that. And when I try with several ARMA/GARCH models with t-student white noise, for example: 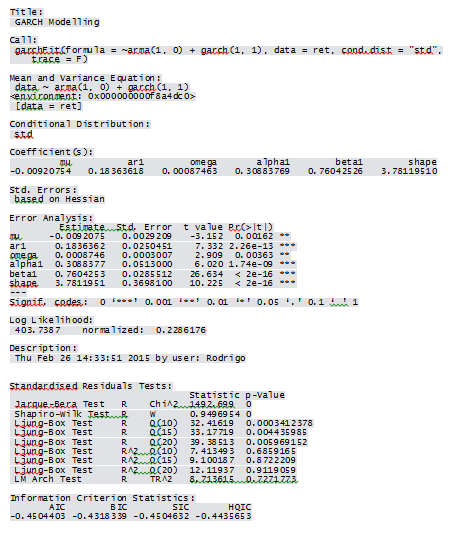 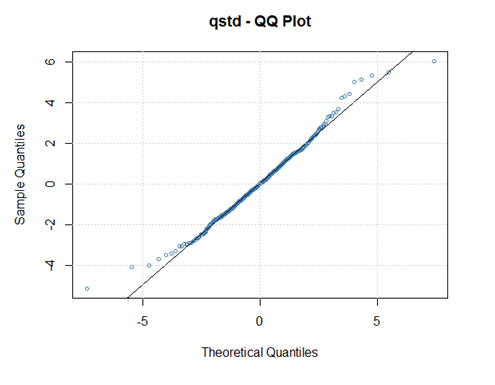 fits very well (except for some outliers), but the rest don't (I mean not as good as the first one).

Which one is better?

I have been stuck in this problem for a while.

Thank you very much

For some of these your first model can be perfectly adequate, while for other is will not be.

In general I do not take 'statistical significance' at face value. It does not mean much. The (very small) standard errors you get are not reliable.

Having said that, you can look at the qualitative differences that your models reveal.

But as I said, it all depends on what you want your model to do. Simple Gaussian Garch(1,1) is hard to beat out of sample consistently.

A good rule of thumb is to "test" your models by doing forecasts and to choose the best one. Note however that your choice will be based upon the loss function you selected. If you are concerned about outliers you should (for instance) use Median Squared Errors, if you don't you can use Mean Square Errors. In your particular case the Information Criteria Statistics highly advocates for the use of the Student distribution.

So as general answer it depends of your aim, the choice will differs if you’re estimating for 1) forecasting, 2) parameters calibration, 3) hedging 4) research … I don’t think that a formal answer covering all case can be given. The essential is to understand the implication of (not) choosing a model. (ex: if you are particularly concerned with extreme events, the QQ Plot warns you that the Gaussian hypothesis underestimate these events.)

Not the answer you're looking for? Browse other questions tagged time-series r garch arima modelling or ask your own question.

9
How do I evaluate the suitability of a GARCH model?
10
ARMA+GARCH prediction with package rugarch (R)
1
Joint estimation of GARCH models with ARMA terms in the conditional mean: a necessity?
3
model high frequency bitcoin volatility