Since options lose 2/3 of their time value in the second half of their lifespan, it makes sense to be aware of when an option was issued. What are ways of figuring out when ES futures options have been and will be issued?

What is the general formula, and when are new options being issued?

The data series therefore start showing prints when market interest in a given expiration date starts up. This is of course highly variable and depends on the business needs and psychology of market participants. 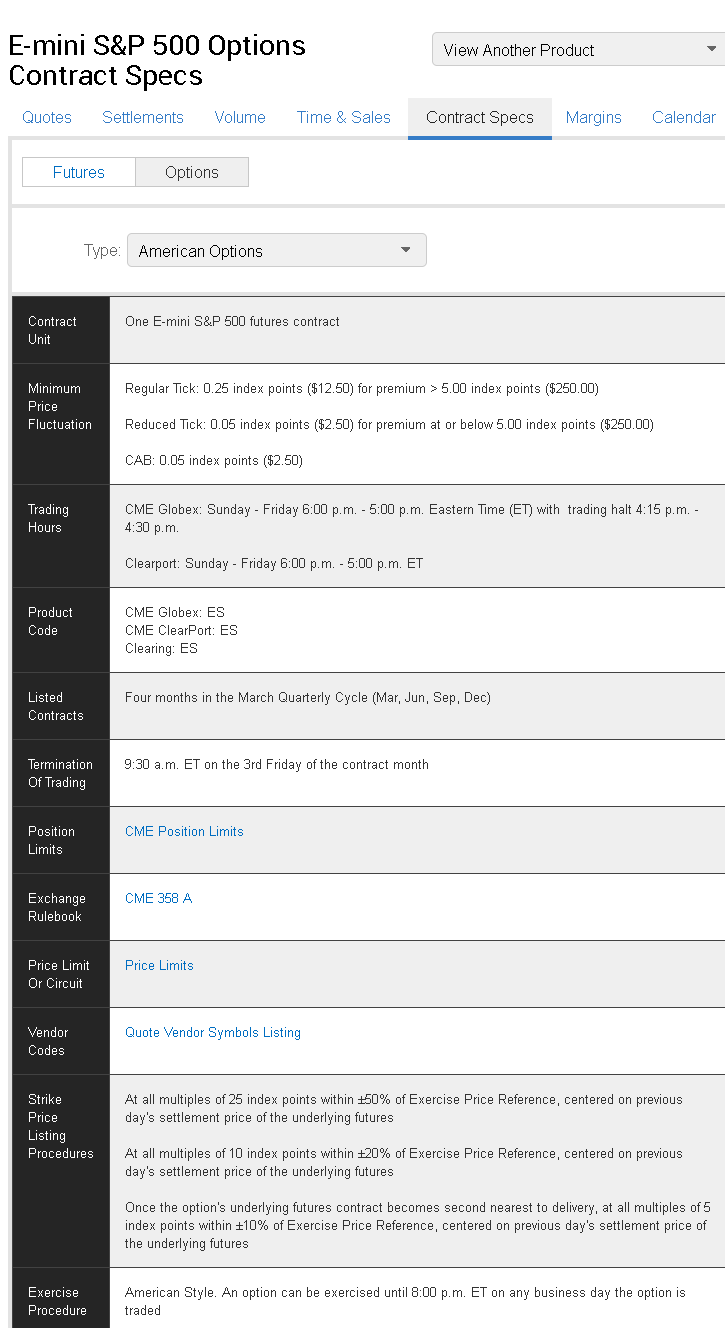 It does not really matter when an option was issued. All that matters is the time remaining until expiration.

The idea that "options lose 2/3 of their time value in the second half of their lifespan" is because $\sqrt{\frac{1}2{}}= 0.7 $ but does not imply it is "good" to own options that have been recently issued.

Not the answer you're looking for? Browse other questions tagged options futures spx or ask your own question.