Why is there a stong intraday-correlation between spot and vol? 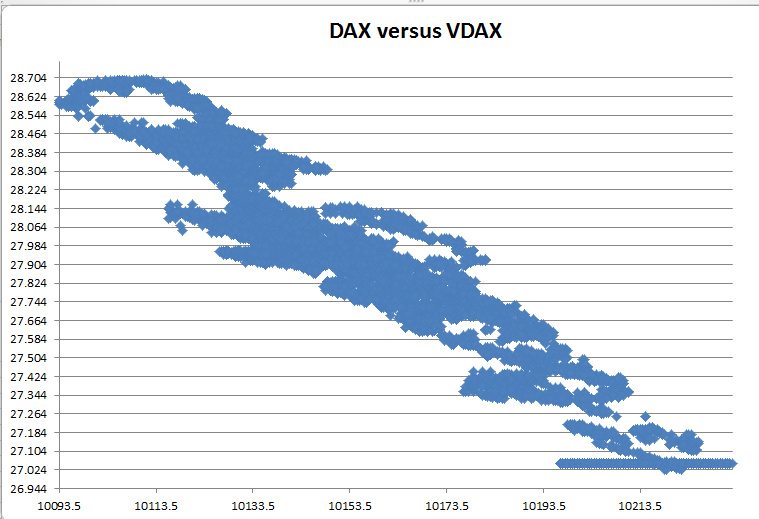 Fig.1 shows an intraday scatterplot of the DAX future against its volatility index VDAX on 6-Jan-2016.

The data suggest a strong negative correlation between the two.

There are various models available that "describe" this effect: For example stochastic vol-models such as the Heston model. However these models only describe but do not explain the effect.

However it is easy to convince oneself that the correlation persists at time-scales that correspond to vol moves that make it difficult to trade out of the bid-offer spread of the option (at the ODAX-exchange). If it was only to reduce the downside risk (in a down move) it would be much cheaper to reduce ones long-position temporarily instead. Clearly options exhibit "gamma", but (as mentioned above) the cost of gamma seems too high given the bid-offer spread of the options.

So I do not really understand which market factors cause this intraday phenomenon of negative correlation between vol and spot moves.

Can anyone suggest an answer?

This effect is coming from the supply and demand in the options markets. Many portfolio managers want (or need) to buy out of the money put options, and many are willing to sell out of the money call options (thereby funding the purchase of put options). Now, when the market goes down, dealers find themselves short vol and they need to buy options to cover (hence vol goes up). Likewise, when the market goes up, dealers find themselves long vol and they need to sell (thus vol goes down). That's the effect you observe. The timeframe for this effect is almost continuous - many dealers recalculate their positions multiple times intraday.

Yes, there is a skew whereby out of the money puts are more expensive than ATMs and out of the money calls are cheaper. You can think of this as compensation for the expected hedging loss if you are using a simple Black Scholes model. However, many dealers would use a model that anticipates the vol change for the given market move. This model would price the puts and calls closer to the market skew. It would also reduce the losses from flattening the vol position after a market move. As for the question about bid-offers, it is an issue, but in practice a dealer won't just lift and hit in the market. They will rather work to buy and sell close to mid market, which they can probably do using their network of clients.

A large part of this comes from the simple combination of: 1. A downward sloping volatility skew (which corresponds to a skewed risk neutral distribution) 2. Sticky strike behaviour

The vol that you plot is not for a fixed strike but ATM, which has a strike that follows the spot.

You would observe this pattern even if there was no spot/vol correlation, just by the way you read off bol numbers from a skew.

I think there is something that has not been mentioned. "price" is used as the x variable instead of "change in price" or return. This could be a problem, as price itself is non stationary, causing problem to statistical properties. With that being said, correlation is an inflated indicator here, exaggerating their relations. In Heston's model, indeed, the correlation is between return and volatility change.

Not the answer you're looking for? Browse other questions tagged volatility quant-trading-strategies trading stochastic-volatility or ask your own question.