I am pondering on the existence/impossibility of a trading system (or algorithm) that ALWAYS ends up winning money, no matter how the price of a futures moves. In a context where one can go long or short at will to make a profit.

If the trader has infinite funds, it's possible. He can setup some kind of martingale system and cancel every loss by making an opposite trade.

If the trader has limited funds, there's an intuitive "proof" that no system can win: if it existed, someone would have figured it out by now.

But I'm looking for a formal treatment of the question. Lots of papers deal with trading in a model in which prices movements are associated with probabilities, such as brownian motions and the like. But really, what I'm looking for is a proof that there's no algorithm that can beat ANY price movement.

Meaning, for every trading algorithm that has limited capital, there exists a price movement in which the algorithm incurs a loss - i.e. the trader cannot close all his positions with a positive outcome. This sounds obivous, but I can't find a formal proof. Any references on the topic is appreciated.

I wish to thank everyone for their answers. I helped me think about how to formalize the question better, as some go to overly complicated answers for what I really wanted to ask.

Think of it as a turn-based game played between two independent entities, the trader and the price. On his turn, the trader takes some positions and closes others (positions might be forcefully closed if trader's balance can't cover his positions, like a margin call).

On its turn, the price makes a tick movement, up or down. Then turns alternate in this manner. The game ends when the trader has no open positions.

The trader aims to make a profit, the price aims to make the trader lose money. In other words, assume that the price is kind of sentient, decides on its own movements, plotting against the trader. Who wins this game if both sides play optimally ?

At the first glance, what you are asking for is a model admitting arbitrage, so there is a zero chance of losing money and positive chance of yielding profits. Well, many equilibrium models start with assuming arbitrage is not possible (otherwise it would be trivial wouldn't it).

But, in my opinion, what you actually seek is the Efficient Markets Hypothesis. It basically says there is not way to consistently beat the market while covering for all the risks.

Start with Fama (1970) and Jensen(1978). There are certainly many attempts to test and disprove EMH since it kinda sounds stringent. But then Joint Hypothesis Problem (or Bad Model Problem) is coined in late '70s or early '80s, making EMH fairly hard to prove/disprove. It roughly says "Your model can say it can make sustainable risk adjusted profits but perhaps it did not cover for all risks in the market? How would you know?".

What you are implicitly referring is the strong form of efficiency. But here is not the matter of funds but informational power. Strong form of efficiency dictates even if you have information privileged to you or a small group (e.g. insider trading) in the market, you cannot make sustainable profits. This part is usually criticised and never had too many supporters.

Grossman and Stiglitz (1980) have a nice view on the EMH by the way.

Why do you think such a theorem would exist?

I will give you a counterexample: You have two assets A and B. Both are completely identical in every respect, except price: The price of A is USD 1 the price of B is USD 2.

This strategy requires no capital and leaves you with an initial profit of 1. But since you are perfectly hedged by definition no future price movement will take this profit away.

The existence of an algorithm which makes money with certainty is called arbitrage. Market models assume there is no arbitrage, not because it is not possible (see counterexample), but because it makes no sense, i.e. is not a good approximation of reality.

This is where one needs the concept of no free lunch with vanishing risk (NFLVR), whose proof you can find in: Delbaen & Schachermayer (1994). Though, as a warning, I should mention it is pretty involved.

This doesn't really suffice as an existence proof, but you can start with a series of mathematical results collectively known as no free lunch theorems. The linked paper proves the average performance of any optimization algorithm over arbitrary problem domains is independent of the algorithm. That is, no single algorithm can ever be better than others on any problem, meaning optimal performance over any single problem domain requires some level of domain knowledge, and knowledge has to be learned. Learning requires inference.

From there, you can look into Complexity of Inference in Graphical Models, which gets at the intractability of inference. The linked paper expands upon an earlier result from 2007 reducing maximum a posteriori estimation on graphical models with unbounded treewidth to a general constraint satisfaction problem that cannot be solved in polynomial time unless P = NP, in this case proving that even an efficient approximate inference scheme does not exist, by reduction to graph partitioning. This does not mean no such algorithm exists, of course. Exact Bayesian inference is computable. It's just not efficiently computable. This applies to any non-parametric discrete distribution with more than pairwise conditional dependencies, which covers any true empirical sampling distribution, which is to say, you can efficiently compute MAP estimators if you assume the market movements you're trying to beat take on a particular parametric form, but since they don't in reality, you can't.

I hope this is at least close to what you're looking for. It seems like what you're getting at is the intuitive result that beating any possible movement requires you to perfectly predict the future. Nothing in this answer applies in a situation like what g g posted where you know the price generating process, so you can predict the future (you don't need an infinite-bankroll Martingale strategy if the coin is biased). It just proves you can't efficiently approximate the most likely future over any real-world price generating process. Not to say you can't try and get a good enough estimator over a sufficiently inefficient market, of course, which is what I try to do every single day.

The practical problem would be that you yourself would own larger and larger parts of the market and influence the market prices with your buying and selling decisions in an unfavourable way. There will be fewer and fewer counterparties from which you can earn your money so your system would automatically stop working.

So you don't have to have infinite funds for the proof because the whole market has no infinite funds either. The whole system is closed, meaning for every stock you sell somebody has to buy it and vice versa.

The point when those unfavourable feedback effects kick in will come faster than one might think due to compounding effects (I was trying to find an article that conducted a similar thought experiment as a kind of a benchmark, but I cannot find it right now - when I find it, I will add the link).

I would consider analyzing the wins of a sample of trading systems over random intervals of time (i.e. minutes, hours, days, months, years). It could be theorized that each trading system has a “win rate” between 0 and 1.

It is expected that your sample of trading systems and their “win rates” would follow a logit function with the “win rate” coming close to, but never approaching, 0 or 1. 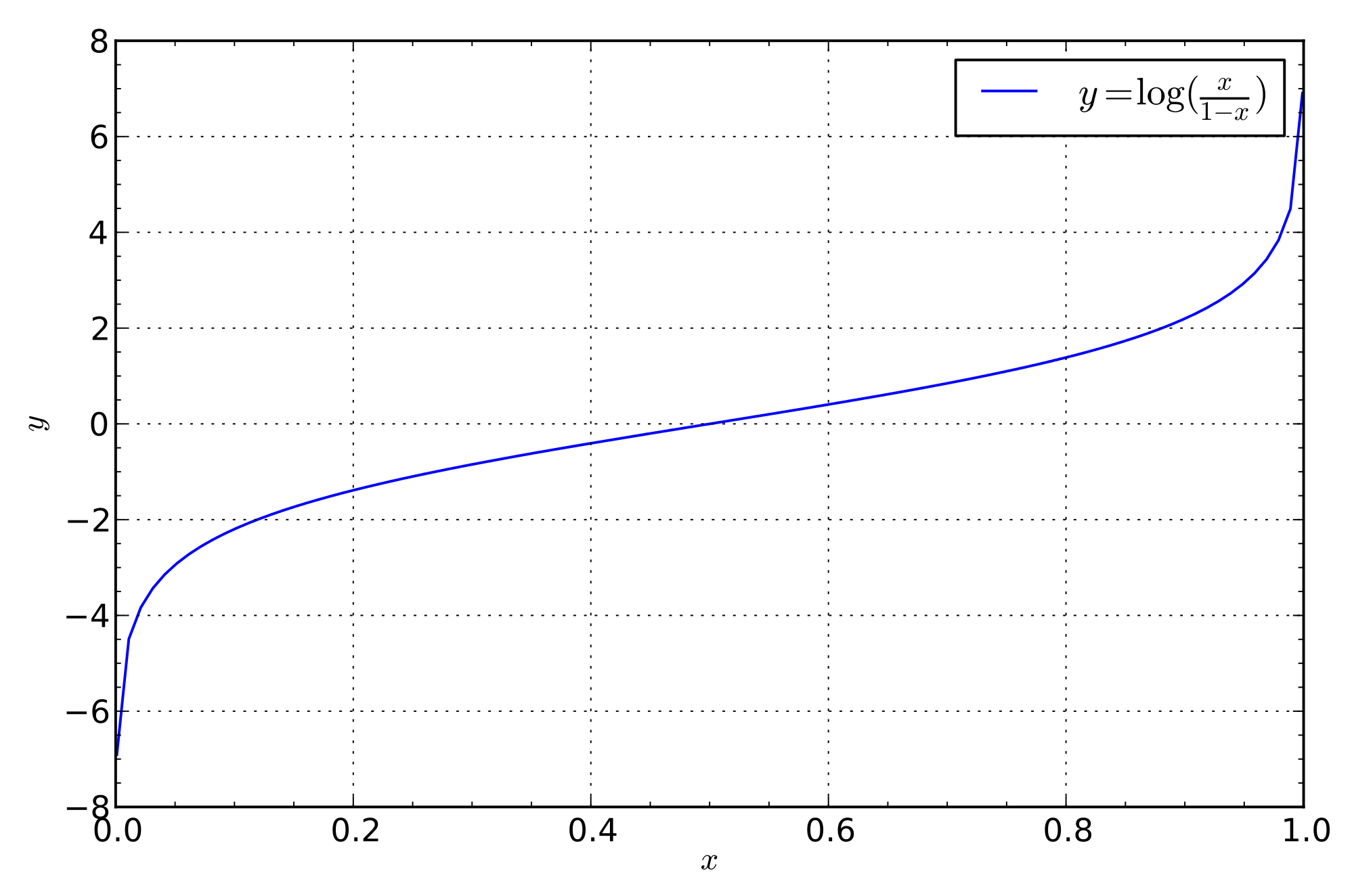 Note: A large amount of data over an extended period of time would be needed to control for trading systems achieving a 100% win rate by chance.

Possibly a misunderstanding from my side. I understood that a formal proof of the not-existence of a "blameless" algorithm was asked. My approach was first to create a bitstream from price data for ex. if(price_n > price_n-1 ) then bit_n=1 else bit_n=0. Then it obvious that a formal proof is only possible if the bitstream is "Kolmogorov-compressible". Thus i did not make any assumptions such as inefficient market. As for real markets i think that with the end of QE and with the implementation of funds rate hike by shifting excess liquidity to money market funds the stock market will enter efficient market.

Not the answer you're looking for? Browse other questions tagged mathematics algorithmic-trading proof or ask your own question.