How to check if a timeseries is stationary? 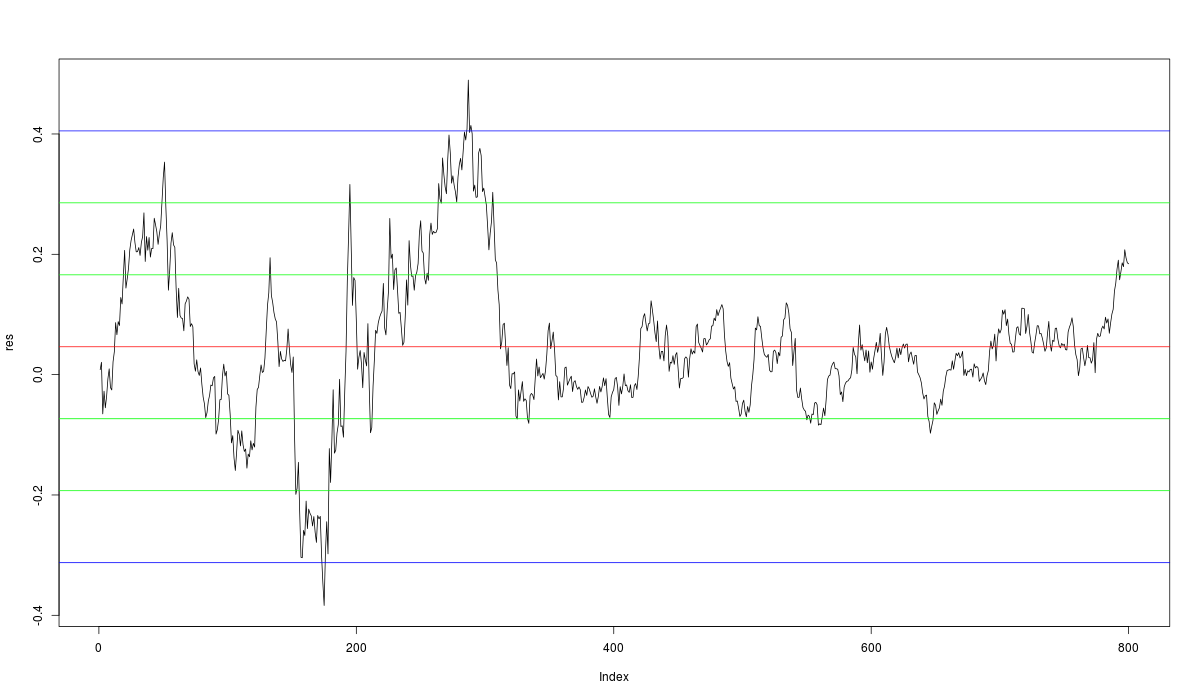 There are many different methods for this. Most people rely on a unit root test. Rmetrics has collected the most common unit root tests into the fUnitRoots package, which primarily provides a wrapper for Bernhard Pfaff's urca package. These include:

If you want to understand these functions in more detail, I recommend Pfaff's book on "Analysis of Integrated and Cointegrated Time Series with R". "Applied Econometrics with R" also provides a nice short introduction.

Chapter 4 of Eric Zivot's book on time series analysis covers unit root tests and is available on his website. He uses S-Plus, but the urca functions are almost identical.

You can use the (Adjusted) Dickey Fuller Test: http://en.wikipedia.org/wiki/Dickey%E2%80%93Fuller_test

I'm pretty sure your software package has a library or routine you can use to do it.

Yet another alternative are wavelet based tests. With comparable size, they often have higher power, especially for very near unit root alternatives. An example is here (free pre-print versions of this paper are available, too).

The tseries package has GARCH models. Here is some simple code:

Also, Eric Zivot has good notes on time-series and R.

Divide the time series into two sections (e.g. 1st half and 2nd half) and construct the CDF for each part. The CDFs should be the same if the series is stationary. Since the CDFs will never be exactly the same you can apply Pearson's $\chi^{2}$ test comparing the value of the CDFs through several waypoints. I believe this test was created by the late Cliff Sherry.

If your theory/common sense indicates that your series is I(1) then you should use one of the unit root tests already mentioned. I would prefer the Elliott–Rothenberg–Stock test.

I would not recommend doing both tests. If they both confirm your original ideas then you are OK. If you are assuming stationarity and your series passes the KPSS test but the unit root test indicates non stationarity I would still accept that my theory has been confirmed by the KPSS and proceed accordingly. If the KPSS indicates non-stationarity and this is confirmed by the unit root test then my theory/common sense is subject to query. In any of the three cases there is no benefit to be gained from doing both kinds of tests.

Without a knowledge of what you are testing it is not possible to give more specific advice.

You can use ADF test as implemented in R in different packages However, accuracy and power of these implementations would differ, since, these tests refer different papers to generate the p-values. The table below contains the packages, name of the functions and the referenced papers. You can go through the papers to keep an eye on the differences in the implementations.

To be a stationarity is when the roots of charateristic equation lies outside of the unit circle.

Not the answer you're looking for? Browse other questions tagged time-series stationarity or ask your own question.

2
Is there a different test to check stationarity?
8
Improving GARCH modeling approach
3
Test for stationarity and make use of non-stationary points in financial market?