I'm trying to understand yield to maturity of treasury bonds.

What does this difference in YTM represent to investors?

@AlexC has already provided the correct answer, but I thought I'd provide a bit more details.

The breakeven inflation (still the mostly widely used practitioner terminology) is defined as follows: $$ \text{breakeven inflation} = \text{nominal yield} - \text{TIPS yield}. $$ It is called the breakeven inflation ("BEI") because if ex-post realized inflation is identical to the ex-ante BEI, then an investor should be indifferent between investing in TIPS and buying the nominal comparator (both would generate the same returns). 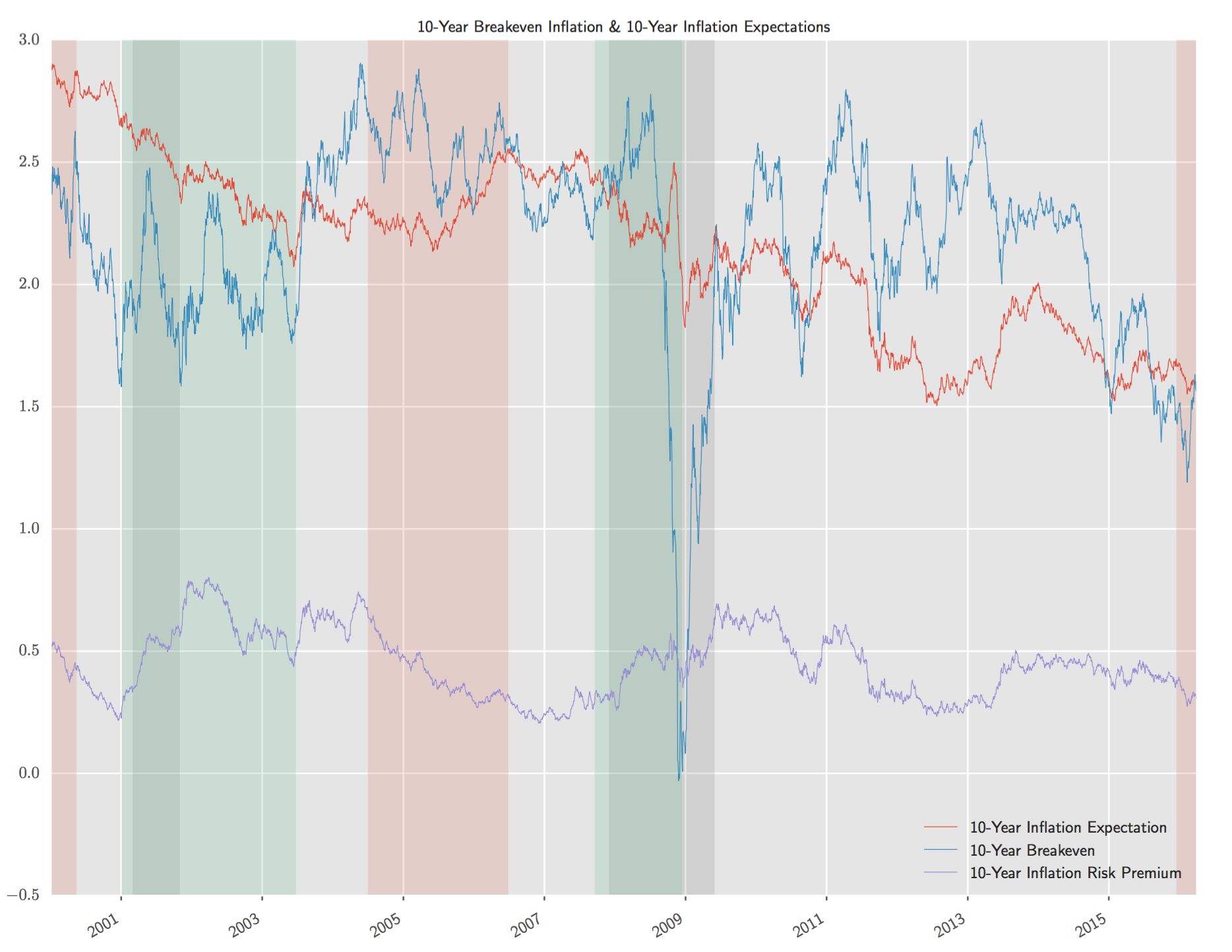 As you can see, during the depth of the financial crisis, 10-year TIPS breakeven traded down to 0, but surely no one expected inflation to average 0% over the next 10-years! At the time, TIPS became so illiquid that their yields are substantially inflated.

Not the answer you're looking for? Browse other questions tagged fixed-income bond-yields or ask your own question.

3
How can I break down the change in value for an inflation-linked bond
5
How to compute the yield on the Ultra-Bond Treasury Futures
1
How to calculate the YTM of an inflation linked bond
6
Term premium 10 year yields
1
YTM of "very-seasoned" bond issues
2
What does the conversion factor for Treasury bond futures do in relation to the 6% coupon specification for the contract?