I need help in understanding some results that I have obtained.

Now, if we observe the below figures, one can see that the risk-adjusted-return (adjusted according to HC) for GS is generally lower in expansionary times while its much higher in recessionary times. Now, a plausible explanation for this is that GS works better under more volatile times influenced by noise and outliers. However, I can't find any theories that support the fact that returns are more volatile in recessionary times, compared to expansionary times. Do you have any ideas regarding this matter? 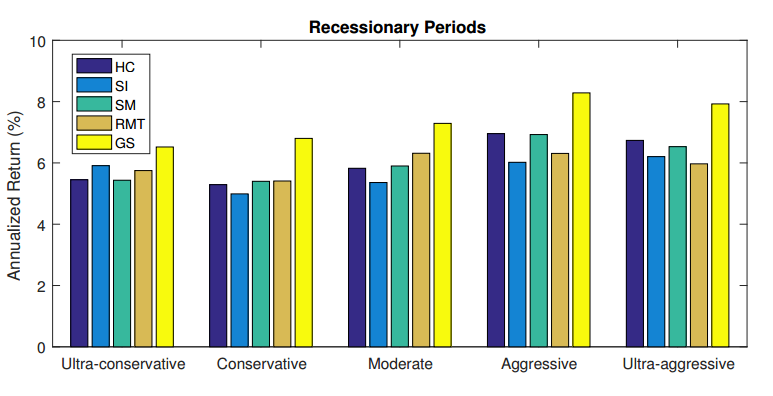 The leverage effect refers to the observed tendency of an asset’s volatility to be negatively correlated with the asset’s returns. Typically, rising asset prices are accompanied by declining volatility, and vice versa. The term “leverage” refers to one possible economic interpretation of this phenomenon, developed in Black (1976) and Christie (1982): as asset prices decline, companies become mechanically more leveraged since the relative value of their debt rises relative to that of their equity. As a result, it is natural to expect that their stock becomes riskier, hence more volatile.

Not the answer you're looking for? Browse other questions tagged portfolio-management market mean-variance financial or ask your own question.