Looking at a time series two North American CDX indexes, one high yield and one investment grade, shows somewhat unexpected trends. CDX.NA.IG seems to be much higher and more volatile than CDX.NA.HY, which is the opposite of what I would expect. From Bloomberg: 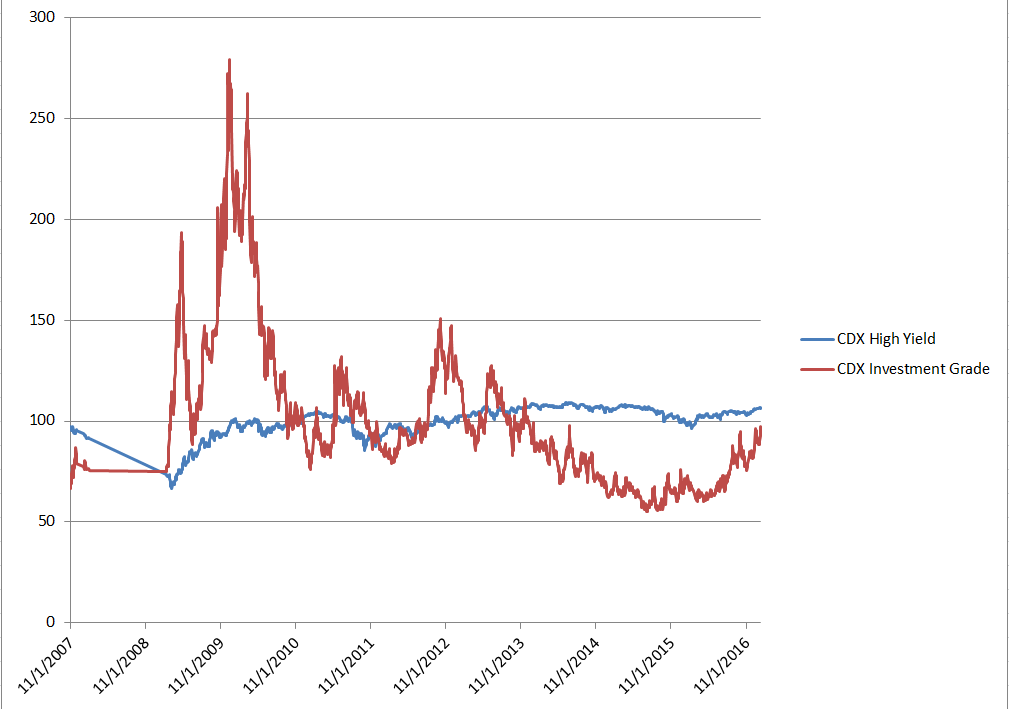 The indices have different quoting conventions.

When you see a quote for CDX IG, you are seeing the fair spread being quoted. There is a model used to turn this into an upfront payment (the ISDA CDS Standard Model).

Very roughly, the relationship between the upfront and the spread is 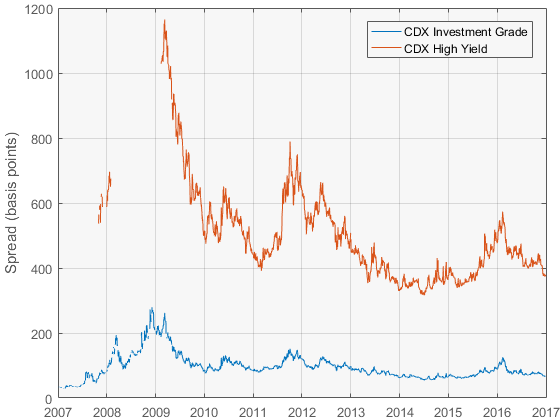 Not the answer you're looking for? Browse other questions tagged data cds indexes or ask your own question.