$X_t$ is the observable state of a physical system, it could be the price of a stock, the position of one leaf of a tree as it shakes during a storm, etc.

$dX_t$ the "increments of $X_t$" is an abstract notion representing the tiny little random and nonrandom changes that affect $X_t$ from moment to moment. It cannot be drawn or visualized, but when artists try to represent it they usually show a messy spiky blur like this 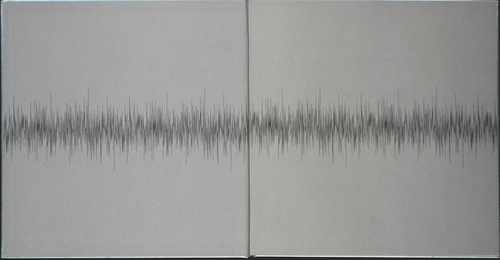 which is not really accurate mathematically, it is a attractive fiction. $dX_t$ can be used in 2 ways: in an SDE, in which case it will be usually accompanied by other differentials such as $dt$ or $dW_t$ etc. Or under an integral sign for example $X_t = \int_0^tdX_{t}$, which by the way is essentially the definition of $dX_t$. It is considered bad form (unacceptable in polite company) to put it in a fraction like this $\frac{\partial X_t}{\partial t}$.

The two integrals you show are rather distinct. $\int_0^t X_{t}dt$ just computes the area under the curve $X_t$, for example the area between the stock price and the x axis. Of course because the stock price is random the area is also a random variable.

The other integral is the famous Ito integral, invented in Japan less than 100 years ago, relativelly recenty in the history of Maths. $\int_0^t \phi(t)dX_{t}$ essentailly means that when adding up the $dX_t$ together we enhance or dilute them according to the "amplitude" function $\phi(t)$ thus we will probably get something different from the $X_t$ that we started with. If $\phi(t)$ represents the number of shares of stock you own then the integral is computing your cumulative profit from time 0. To become rich, just make $\phi(t)$ big when the upcoming increments are likely to be positive.

Not the answer you're looking for? Browse other questions tagged stochastic-calculus or ask your own question.