How to compute Pr(S>100) when S follows Geometric Brownian Motion? 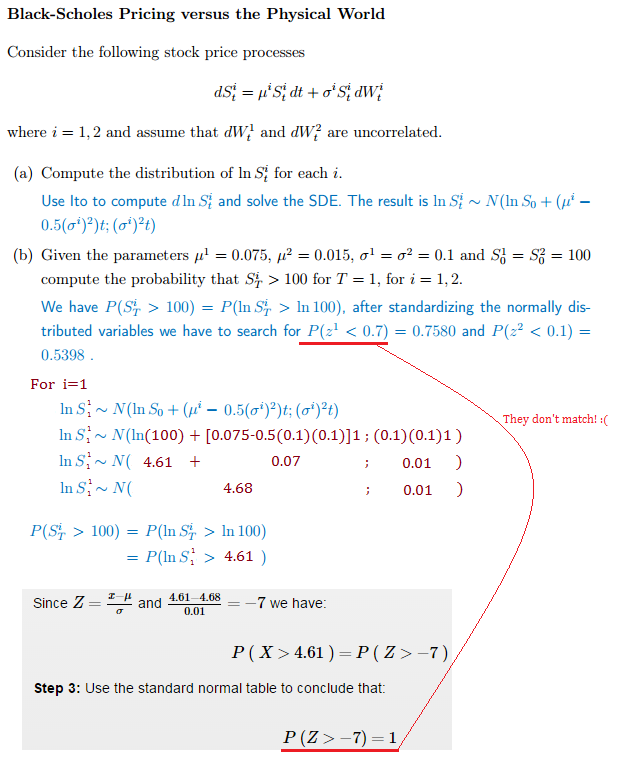 So for the denominator in the Z computation I now use 0.1 (volatility) instead of 0.01 (the variance, which I had mistaken to be volatility), which results in the right answer.

Not the answer you're looking for? Browse other questions tagged black-scholes distribution or ask your own question.