Modelling returns in the real world measure with or without drift

What I would like to discuss is the following. I don't think that this is a pure duplicate, so I would be happy about comments:

So how does all this fit together? In risk management we often assume that log-returns are Gaussian $(1)$ and the regulator of PRIIPS assumes that arithmetic returns are approximately Gaussian? How can we interpret the correction term intuitively in $(2)$?

For $\Delta t$ small (one or just a couple of days) the difference is negligible but for longer terms (e.g. recommended holding periods) we have to model many $\Delta t$ steps leading to a larger term there. So there is a difference on the long run.

After editing my queston several times I decided to write an answer.

In setting (B) we have the Ito correction term. As Gordon mentions this makes the expected value vanish.

In setting (A) we introduce a positive drift of the size $\sigma^2 \Delta t/2$ even if we stay in discrete time. It is there. 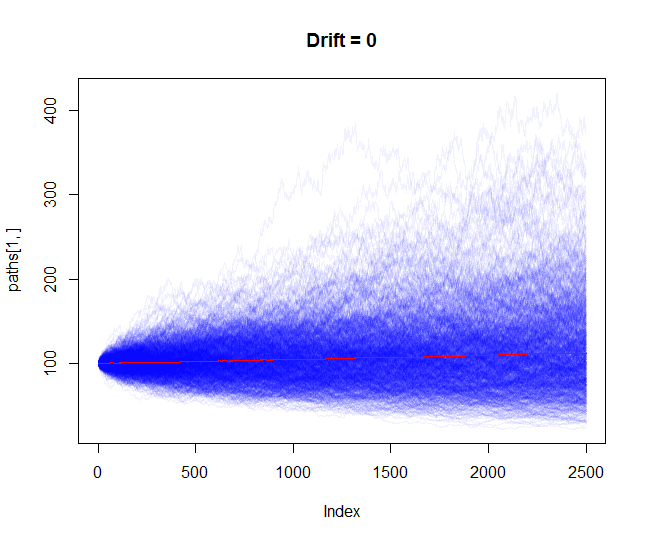 In B we have -3% which I think is just a sampling error and it should be zero. In a second run I got the 0 expected growth. 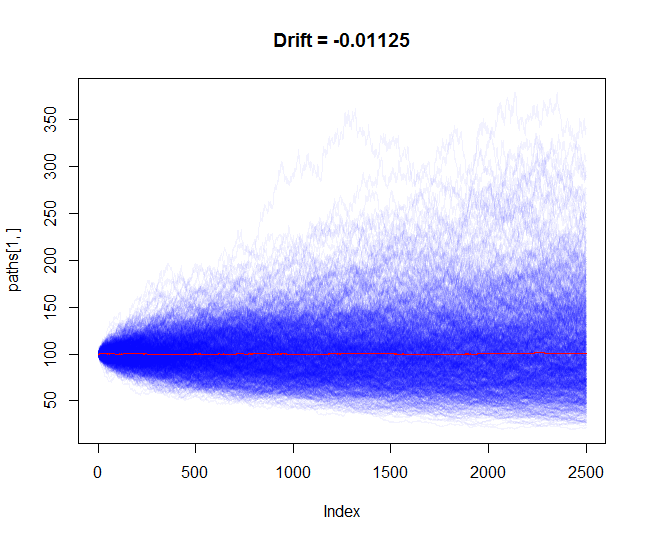 Both processes reach similar maxima and do not explode.

Bottom line: on the long run not accounting for the drift correction will lead to overestimates of your performance ... which is a basic point in stochastic analysis.

10
How is the formula for the VEV (VaR-equivalent volatility) in the PRIIP document derived?