Surprisingly, I've found very little research on this topic. Research papers I've come across propose some simple models to say that asset prices might be in a bubble. Most of the models take these theoretical paths:

The problem is: none of these models is particularly useful for trading purposes. I would be interested in knowing what are the signs which an asset price should show while it's going into a bubble, not when it's already into one. Do you really need a SDE or a HMM to say that Bitcoin is currently in a bubble? I don't think so: 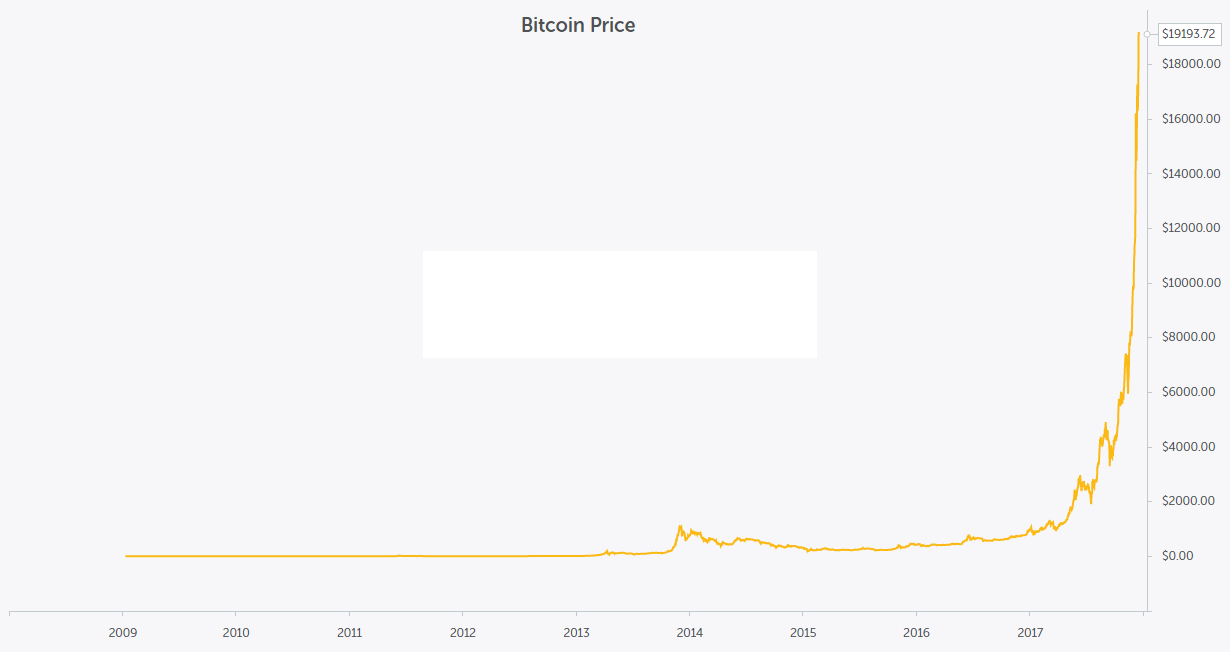 I guess your eyes can fit an exponential form even without OLS. Economists and fundamental analysts would say that «it's a bubble if you cannot justify such a price by any cash-flow-related property, like making earnings, fulfilling debt obligations or defending purchase power against inflation». I would answer them that if you cannot see cash-flow-related properties this doesn't mean that others cannot see it. Moreover, should we really care about what can justify such a price dynamic as long as we can take advantage of it?

Hence we come to my question:

What are the quantitative properties that an asset should meet to say that it has a large probability of going into a bubble?

From a practical point of view, this question can be represented like a game where you're provided with hundreds of thousands of OHLC time series belonging to every possible financial instrument and you're asked to create the most effective bubble-screener device. Every morning this device should tell you which asset prices have the largest probability to be at the beginning of an exponential rise. As tough quantitative guys, if you want to win the game you should outclass average Joe, whose only compass is: if a bubble has just begun on asset $x$, its price should have crossed its 200-day moving average... so average Joe screener catches every asset whose price has just crossed and somehow sorts.

How would you outclass average Joe by using quantitative models?

A nice paper by Sornette, about Dragon Kings here

There is a mathematical literature proposing bubbles may be modelled as spot processes which follow a strict local martingale dynamics. See Protter https://link.springer.com/chapter/10.1007/978-3-319-00413-6_1 and associated works.

Normally in equity markets, volatility increases when prices drop. For strict local martingales, the opposite will be true for sufficiently high spot levels. Volatility will tend to increase when the spot increases.

That gives a possible bubble signal: if volatility increases are positively correlated with price increases, it could signal a bubble.

8
Can momentum strategies be quantitative in nature?
2
Stochastic Calculus in Quantitative analysis
4
What features does q /KDB provide for HFT use?
6
Which quantitative tools are actually used for hedging energy price and volume risk?
7
Online sources for quantitative finance research