(I am not certain if this is the correct Stack to post this question.)

What structural changes, legislative or otherwise, took place in 2016, such that on Dec 5, 2016, the Trading Capital (Price*Volume) on the SPX suddenly tripled? 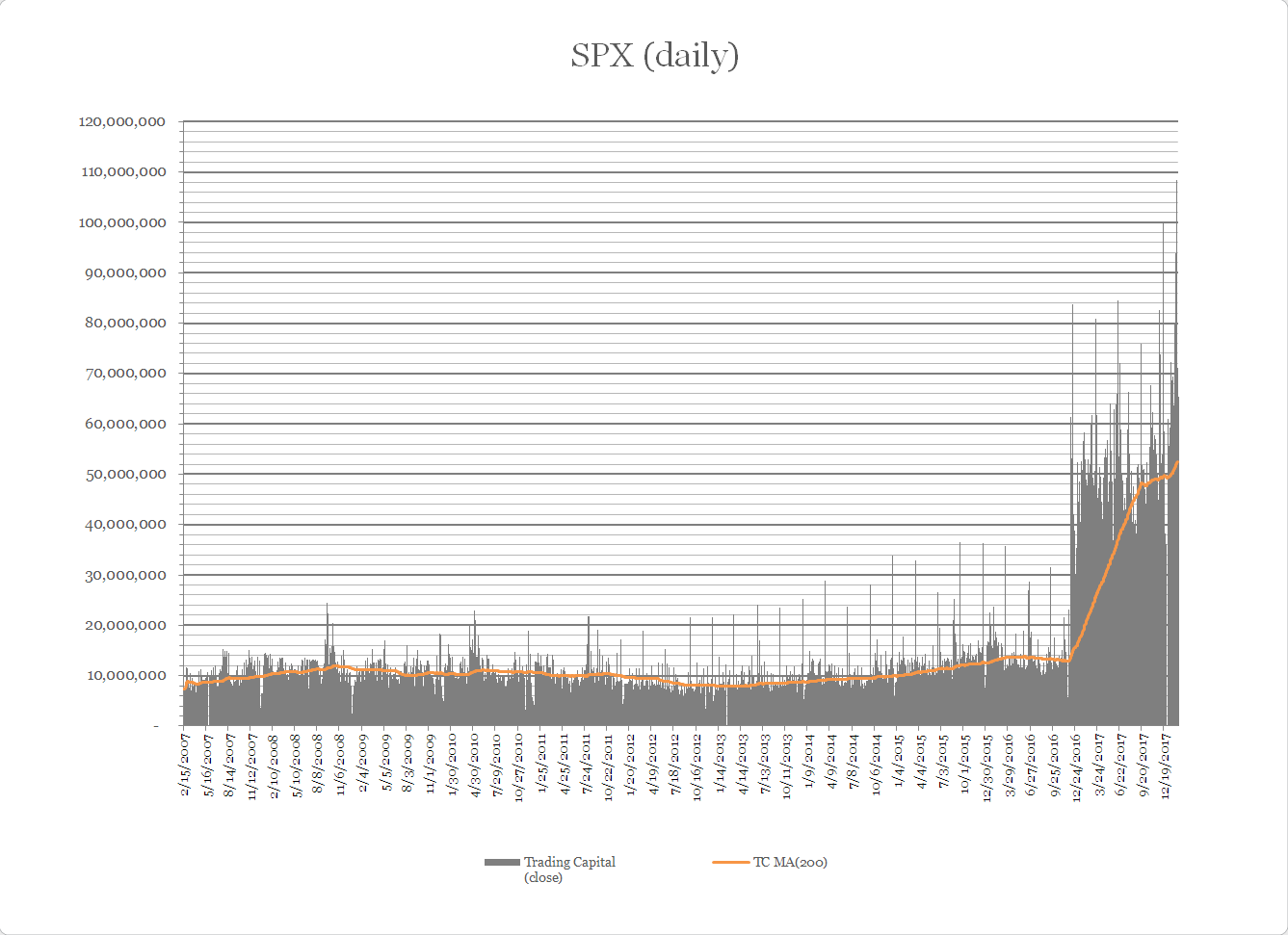 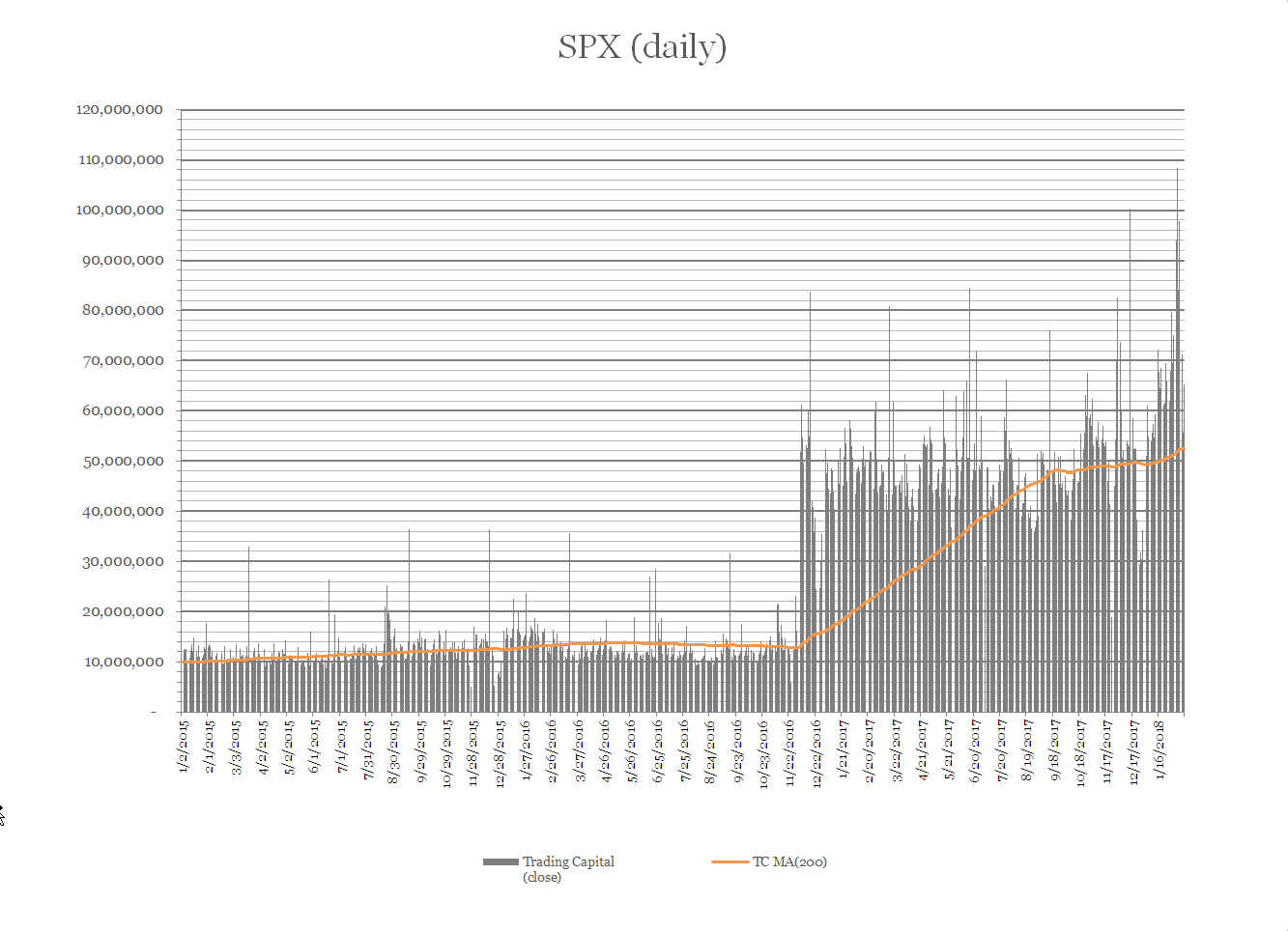 The Question: What happened? What structural change brought this flow of funds into the S&P?

I am inclined to think that some legislation went into effect in the first few days of December 2016.

As of January 1, 2018, the Trading Capital has reached higher highs, keeping consistently above the 200-day MA. What is keeping the massive flow of funds coming into the US stock market?

Secondary Question: From which Asset Classes is this money coming from?

Per comments below, I am attaching the screenshot from the source.

The DJI shows a similar phenomenon, on the same date. No surprise there.

Another chart, this one from Market Watch, just trying to discard the notion that the data is wrong. 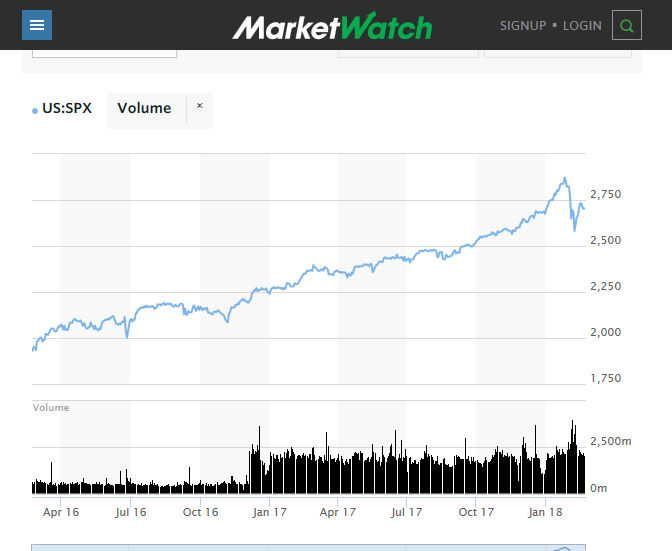 There was a methodology change in how volume is reported. Now it is using the consolidated tape including trades on all exchanges. See: http://stockcharts.com/articles/dont_ignore_this_chart/2016/12/whats-the-deal-with-that-intraday-volume-on-the-dow-indu.html

I think this is an error. This is a chart of SPX price and volume I pulled off Bloomberg. The volume does not go up after 12/7/2016 according to this chart. 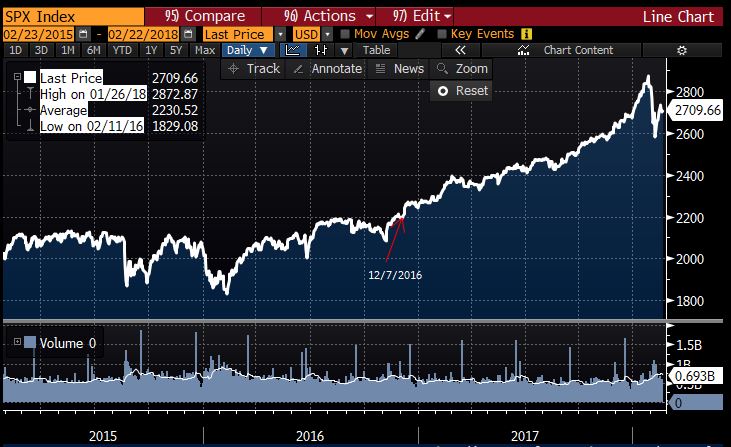 Not the answer you're looking for? Browse other questions tagged equities market spx or ask your own question.

9
What is a reasonable upper bound on the performance of a daily trading strategy?
1
What just happened in the market?
1
What determines trading volumes of the same stock at different trading platforms?
2
What steps are for a specific Day Trading Pattern
0
What is the difference between ^GSPC and ^SPX in yahoo finance?
0
What happened to direct access "electronic day trading" after 1998-2002?
0
What does this paragraph from the book Capital Markets mean?
0
What is the relation between "Capital Market Line" and "Capital Asset Pricing Model (CAPM)"?