Value of Call Option as Volatility goes to Infinity

Why would the value of a call option go infinity as volatility goes to infinity?

I understand how you could solve this question by taking $\sigma \rightarrow \infty$ in the solution to the black scholes equation. However, I cannot understand this on a more heuristic level. Surely as volatility goes to infinity you also have a larger chance that the option finishes out of the money (and potentially by a long way)?

The stock price may fall a lot with high volatility, but you can only lose the price of the option if you bought the option. So the upside gets bigger but the downside is bounded.

The value of a call option does not go to infinity as the volatility goes to infinity. It tends to the discounted value of the forward $F=S_0 e^{(r-q)T}$, which when the dividend yield is zero, corresponds to the current value of the stock price $S_0$.

I also got a bit confused about understanding intuitively what happens in the limit with the Black-Scholes Call and Put values as the volatility goes to infinity, but after analyzing the derivation of the formula it becomes clear.

My confusion was about why the contribution of the $-K$ term disappear in the limit. My faulty reasoning was a bit like this : If $S_T$ in the limit when $\sigma \to \infty$ is supposed to be big most of the time then I felt the option values should be $e^{-rT}(S_0 \cdot e^{rT} - K)$, the discounted payoff of the forward value. And if $S_T$ would be small most of the time, the limit would be $0$. This is wrong.

As LocalVol points out in the comments above, it is important to make a distinction between the size of the underlying and the probability that it has a certain size. The price of the call is (using the risk neutral measure as usual and ignoring the initial discount factor) $$ C = E[Max[(S_T - K, 0)] = E[S_T \cdot 1_{S_T \geq K} ] - E[K \cdot 1_{S_T \geq K}], $$ where we have used indicator functions for the event that we end up in the money. Let us look at the second term first. This is just $$-E[K \cdot 1_{S_T \geq K} ] = -K \cdot \mathbb{P}(S_T \geq K).$$ That is, the value of $-K$ times the risk neutral probablility that this cash flow will occur. I will not rewrite all the math here, but we get that $$ \lim_{\sigma \to \infty} \mathbb{P}(S_T \geq K) = 0. $$ The probablity that we end up in the money goes to zero and the value of this second term goes to zero in the limit. If we were sampling the values of $S_T$, we would find that a larger proportion of paths goes down below K when $\sigma$ grows.

So we have a sort of competition of limits here where the values of $S_T$ above $K$ increases faster than their probability to occur goes to zero, so to speak

Copy pasting parts of an answer I did here as it illustrates the limits of call and put option premia. 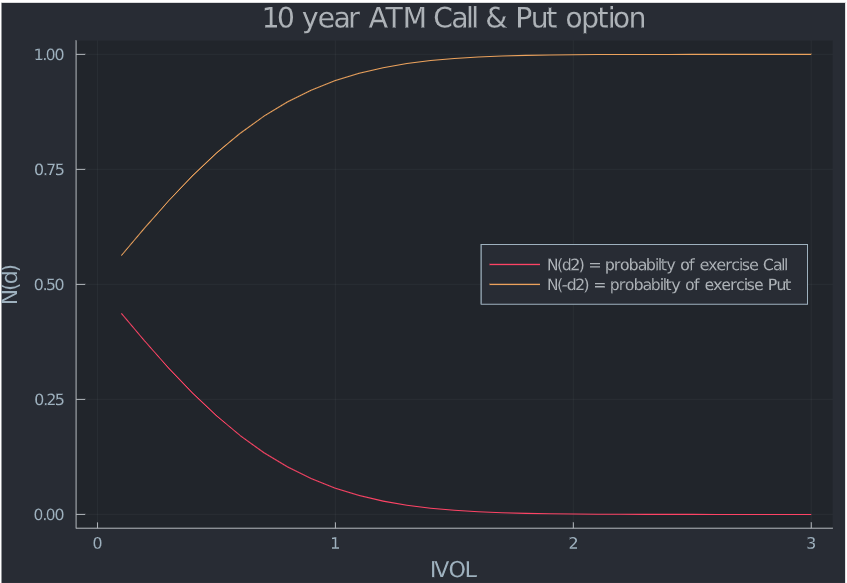 Even though there is supposedly zero probability of exercise for a call, I still pays a maximum that seems to be the current spot price, irrespective of the strike. There is another explanation using $N(d1)$ a bit further below in the link I added above (after the PDF of the normal distribution). For the put, however, the maximum is reached at the strike price itself. As @Will explains intuitively, a zero strike call has no vega and does not change when vol is increased to infinity. 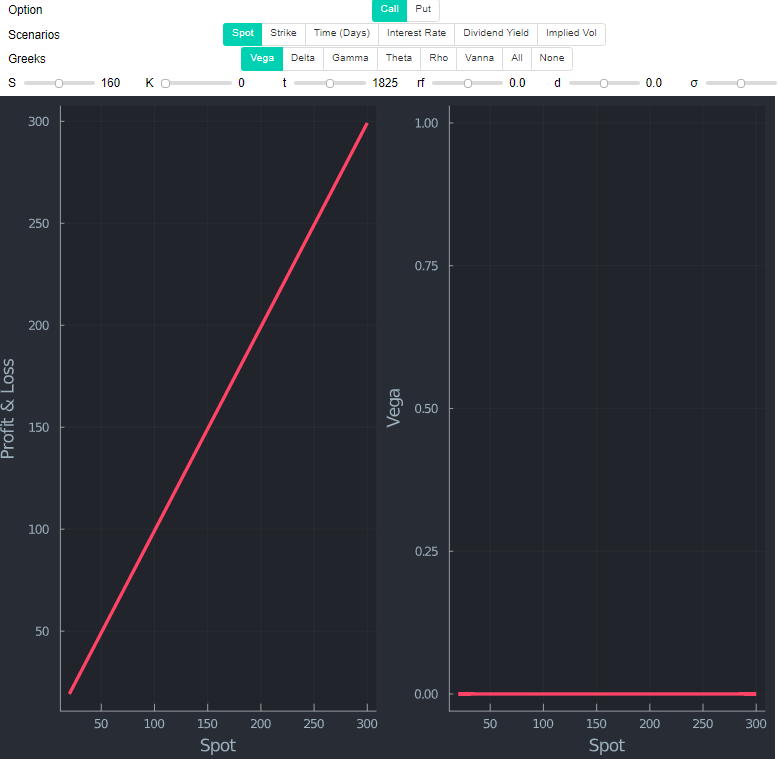 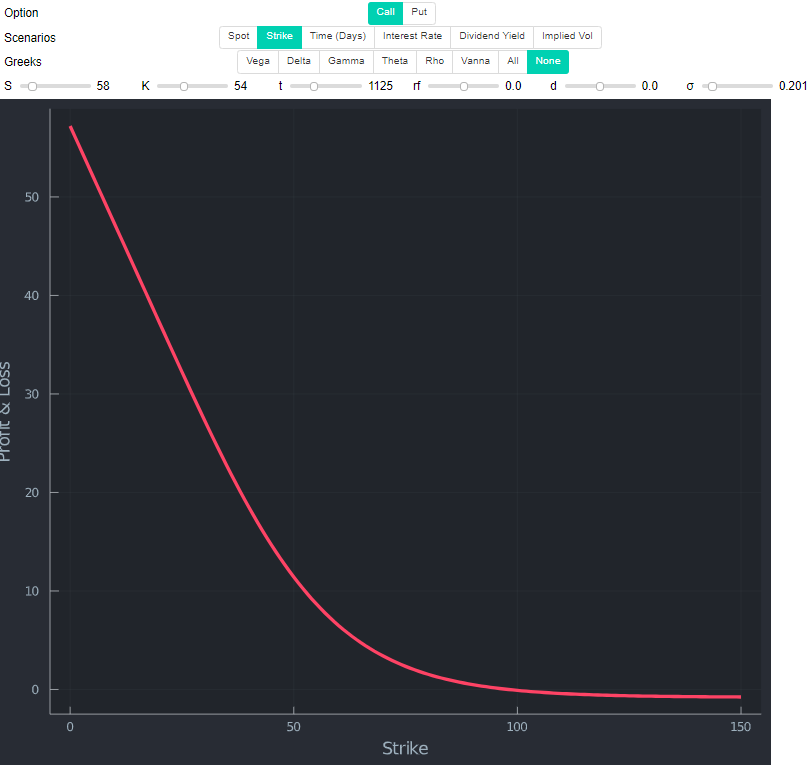 @Jesper Tidblom's "competition of limits" is also illustrated in the answer I linked.

Not the answer you're looking for? Browse other questions tagged options volatility implied-volatility call or ask your own question.

3
Probability of an Option maturing In-the-money vs. Volatility
1
Effect of Implied volatility on option delta
1
Relationship between VIX and Vega
1
Paradox in option expiry as volatility goes to infinity

6
Lower bound of ITM Calls when computing Implied Volatility
7
Does an implied volatility always exist for a binary option?
0
What is the value of an ATM call under the Black Scholes Framework when $T \rightarrow \infty$?
1
Paradox in option expiry as volatility goes to infinity
1
Upper bound option price in volatility dimension
4
Price of Call Option with or without jumps