I am trying to forecast corporate default rates using macroeconomic data. I have a few explanatory variables (all the variables are explained in figure 2), which range from 2000 to 2017. On this dataset I computed my linear regression. Additionaly we were given three scenarios, which we had to forecast on. We were asked to come up with a model: 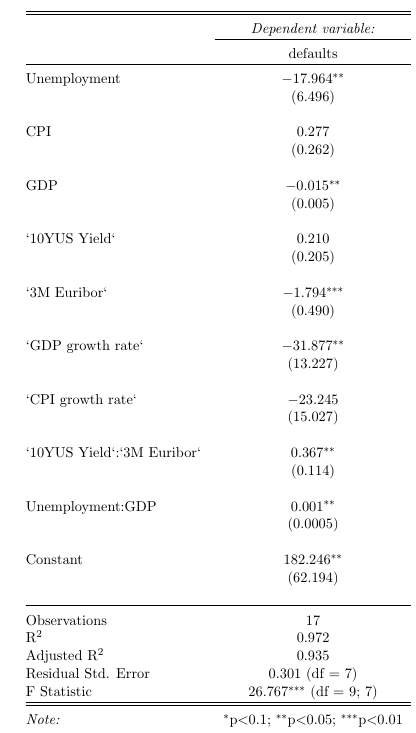 After some iterations I was able to come up with a model that has an adjusted r-squared of 0.935. Having such a high adjusted r-squared I fear that I have ran into the trap of multicollinearity, as one variable would be the absolute GDP value and the other would be the GDP rate of change YoY. So my first question would be: Is this a case of multicollinearity or not? And if yes, which variable would be the best to regress on? The absolute GDP or the yearly change in the GDP?

Next, when forecasting the corporate default using the just computed linear regression I get negative default rates. This is obviously not economically intuitive and violates the second requirement. As can be seen from the plot below, the default rates are only positive for the pessimistic case. So my second question would be: Is it possible to force the response variable (corporate default rates) to stay positive. 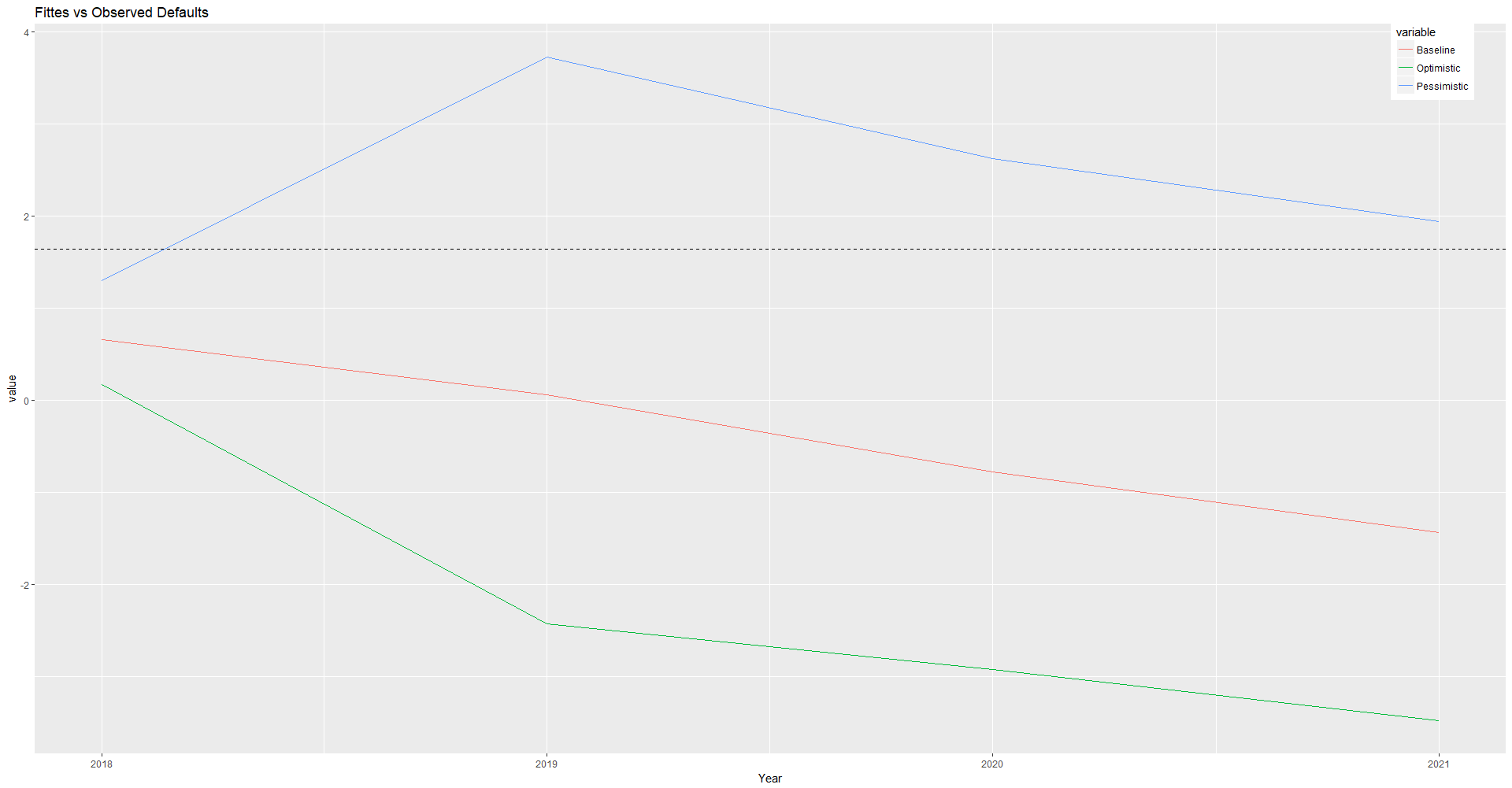 I guess more than multicolinearity you are running into the issue of identification. What are you exactly identifying with such a regression? You somehow need to instrument for defaults. Although your $R^2$ is high, does your regression make any sense?

Basically, it is hard to economically explain defaults with such a reduced form regression with no theory behind it.

Finally, regarding your last point of defaults becoming negative, you can always take logs of the right hand side variable to ensure that it's exponent (the default rate) is always positive.

Not the answer you're looking for? Browse other questions tagged regression default-probability multivariate modelling or ask your own question.