I try to replicate the methodology proposed by Freedman and Peters (1984a, 1984b) which was applied in the famous paper by Brock, Lakonishok and LeBaron (1992) to generate many artificial log return series to test for robustness of different technical trading rules.

The estimation-based bootstrap of Freedman and Peters works as follows:

Note: The standardized residuals are not restricted to a particular distribution, such as Gaussian, by this procedure. (Brock et al. (1992))

In order to be able to follow the procedure mentioned above, I have to be sure how the mean equations are specified in R.

Question 2: Which of these two mean equation specifications does rugarch use when a mean (c) is included?

In the rugarch manual "Introduction to the Rugarch" I was not able to find a clear response to my question. 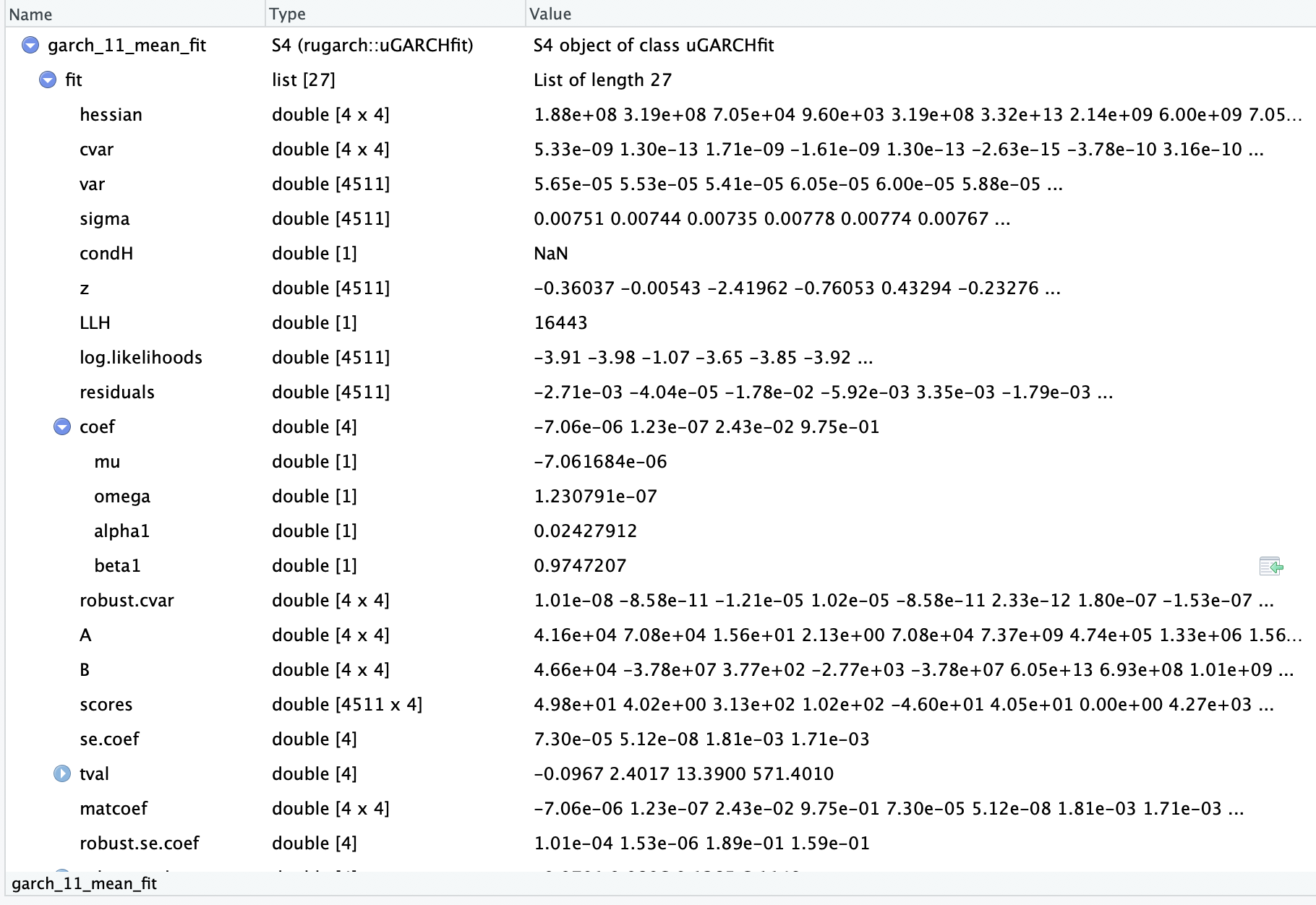 This is the output to my GARCH(1,1) which uses the following conditional variance equation

Now, following the estimation-based bootstrap procedure I should first calculate the standardized Residuals. I think its right to assume, that "residuals" are the estimated residuals when looking at the output. However,

Question 3: Which part of the output is the "conditional standard deviation" vector i should use in order to generate standardized residuals?

Question 4: Whas does each output mean? The coefficients are clear. But I am somehow confused when looking at "cvar", "var", "sigma"

After having calculated the standardized residuals, they are resampled (with replacement) 500 times. Afterwards, each newly created scramled standardized residual vector $e^*$ is used with the estimated parameters to form a new artificial return series using the mean equation.

Under the assumption that rugarch specifies the mean equation as described in equation (1), a single new artificial return series would be generated using

Thank you very much in advance for help!

Browse other questions tagged programming quant-trading-strategies garch bootstrapping or ask your own question.