Q: In the passage below, is the implied forward rates (expect return) considered the same as the market implied return from forward rates (unexpected return)?

Here is a section from Managing Investment Portfolios: A Dynamic Process edited by John L. Maginn, part of the CFA Curricuum (page 764) 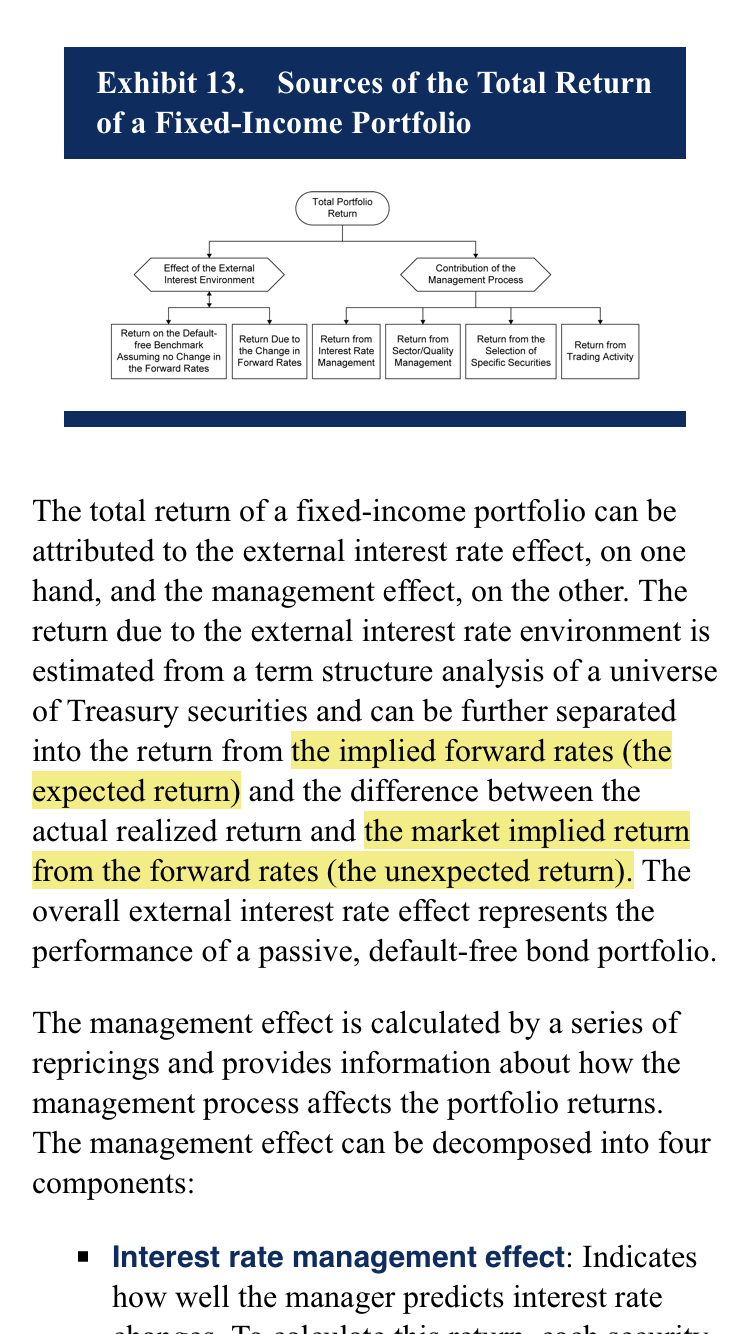 Am I correct to consider these two bold words to be the same?

Therefore, the equation you wrote is correct:

Not the answer you're looking for? Browse other questions tagged fixed-income or ask your own question.