The root mean squared error (RMSE) is considered by some to be the best measure of how good a variance estimate is. You often see it quoted as:

Where $\hat{\sigma}$ is the estimate of the volatility while $\sigma$ is the actual volatility.

Root mean squared error is linked to efficiency. It is not restricted to unbiased estimators unless you add that restriction. If you did not, then you would find that the maximum likelihood estimator or the Bayesian estimator would, in the general case, have a lower squared loss.

For a moment, let us ignore $\sigma$ as a volatility measure and generalize it to $\theta$ a parameter of interest. It could be a center of location, a measure of scale, shape, skew, kurtosis or anything else including a fractile or quantile.

In the case of $E[(\hat{\sigma}_t-\sigma_t)^2]$, the $\hat{\sigma_t}$ is the realized volatility, which is obviously observable. The $\sigma_t$ is the true, but unobservable volatility for that day. It is a parameter and is not known.

I created some R code to generate one thousand samples of size ten from the standard normal distribution so you could graphically look at them. I forgot to set the seed, but for this graphic, the MSE for the Maximum Likelihood Estimator (MLE) was .19677 while the MSE for the Pearson and Neyman (PN) unbiased estimator was .22797. The unbiased estimator was roughly 15.8% less efficient, but it was intrinsically more accurate. The trade-off is between precision and accuracy.

Graphically, the difference in the estimators was 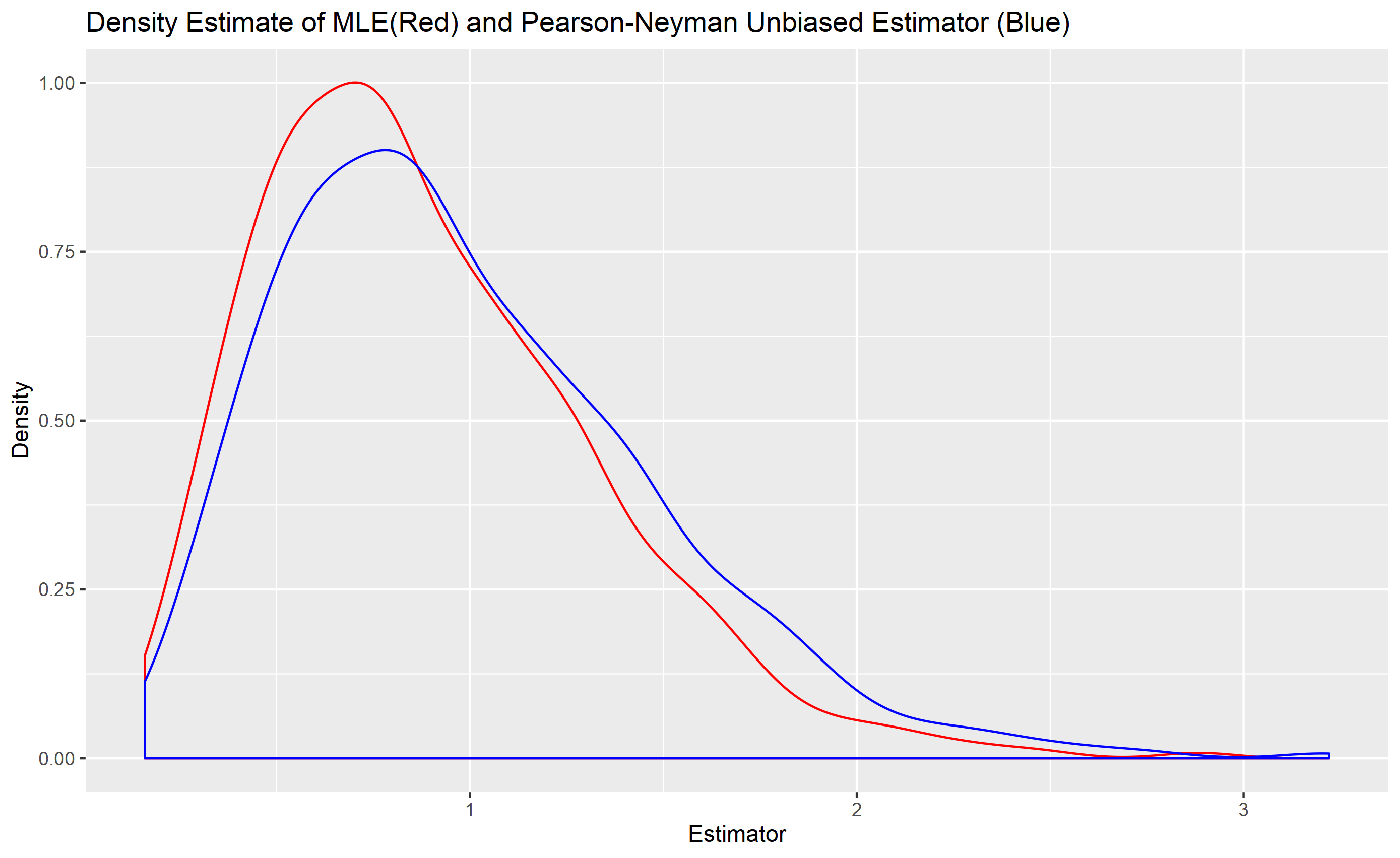 Note that RMSE is sometimes estimated in economics by finding the RMSE of the actual minus a prediction. Do note that it is a biased estimator of the population RMSE.

I am also studying this.

Not the answer you're looking for? Browse other questions tagged volatility or ask your own question.

12
How to estimate the following model?
1
What is the realized volatility's estimation error?
7
Calculating 6-minute, 20-minute, 45-minute, and 3-hour volatility
4
Realized Volatility vs. Standard deviation of log returns
1
Which one is best Performance evaluation measures?
3
Daily Return to Approximate Annualized Realized Volatility 16 or 20?
2
Difference between volatility measures of a basket of assets
5
Why is volatility unobservable even ex post?
12
Why is asset volatility easier to estimate than the asset mean if it contains the mean?
0
Empirical equivalent for implied vol