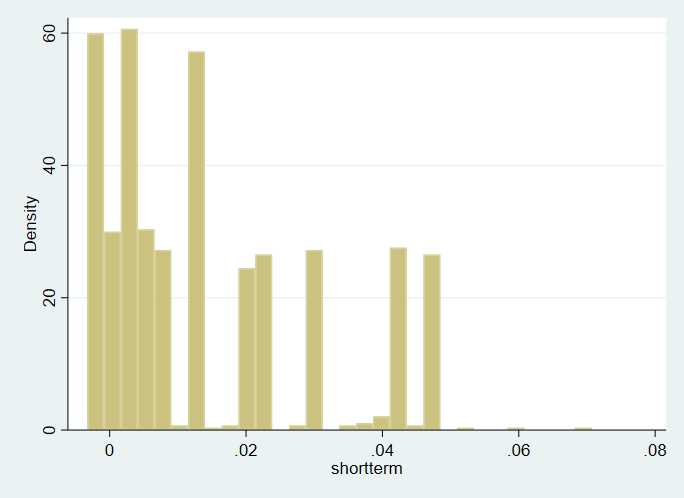 Using transformations such as logarithm, square root, etc. is not very useful in this case. However, is it possible to transform this variable in such a way that it will follow a normal distribution? Is a log-normal distribution applicable? Thank you very much for your help!

You do not need to transform the variables into normally distributed data in order to use them in a regression. That is not a requirement of ordinary least squares.

If the error terms are normally distributed, then there are stronger interpretive statements that you could make, but if it is not true it does not make the OLS estimator any less the minimum variance unbiased estimator. Amongst other things, if you could assume normality then the MVUE would also be the most efficient estimator which it often is not. The distribution of the data only impacts least squares regression if it lacks a first or second moment. For example, returns on equity securities lack a first moment and so all forms of least squares regression will generate an incorrect solution.

The first to note this was Augustin Cauchy in 1851 in a battle with Bienayme' over the properties of regression estimators.

Least squares can be problematic if your data is drawn from a Pareto distribution or a variant of the Cauchy distribution. Equity returns, accounting ratios and the distribution of certain types of prices or values such as oil fields will mandate alternative methods.

Not the answer you're looking for? Browse other questions tagged interest-rates regression normal-distribution lognormal or ask your own question.

5
How to remove the risk element from a set of fixed rate mortgage offerings?
11
Deriving Interest Rates
2
Transforming Variables in Regression
4
Why does Bloomberg's HRH test the simple returns for normality?
2
Valuing derivatives under stochastic interest rates
1
Why can we assume that asset return rates are normally (or lognormally) distributed?
1
Why assume stock returns are normally distributed instead of just adjusting the kurtosis?
12
Does banks' profitability really suffer under low interest rates