In the process of asking this question, I acutally found the solution. I still let this post open if it can be interesting to someone else and have added a related question at the end.

I want to check if the interest rates that I assume for option pricing are consistent with the market-implied/assumed interest rates.

To do so, I assume that given "good enough" bid and ask prices for call and puts at different strikes $k_i$ for a fixed tenor $T$, I would expect to derive from the put-call parity a relatively horizontal line.

To be precise, I compute the following:

Here is an example to illustrate based on S&P500 options. Here I assumed a swap zero rate curve to use in the put-call parity formula. I interpolated this curve using cubic splines. 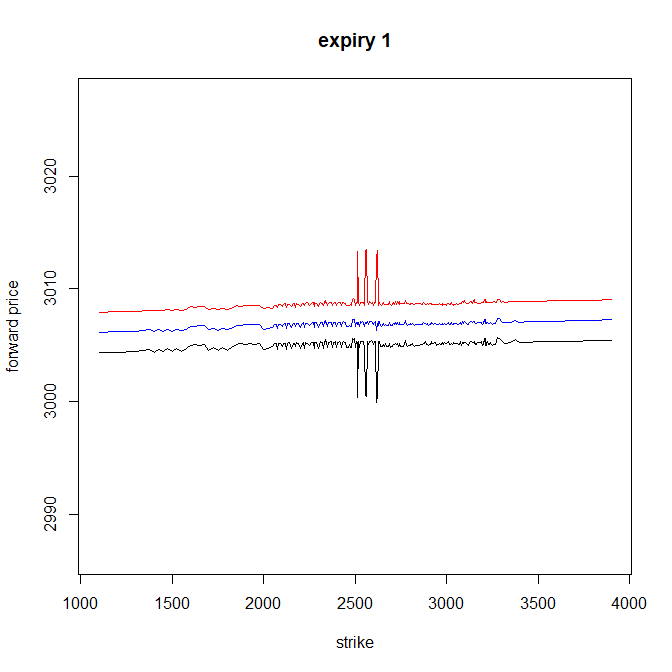 Here seems to work great expect for spikes, they must be less liquid points? 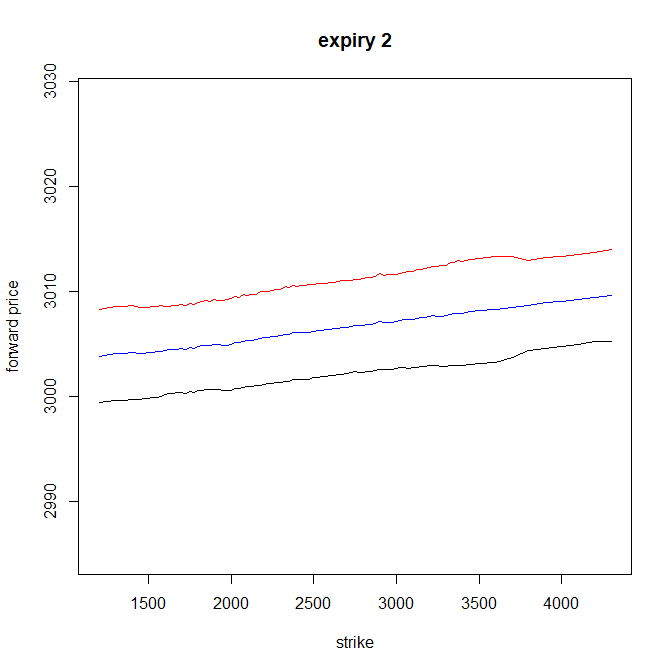 Increasing the rate seems to rotate the line clockwise and diminishing it counter-clockwise. This is expected because of the collar being linear. (Call - Put is a linear decreasing function of the strike with coefficient close to -1). Here is an illustration of the value of Put - Call for a fixed tenor: 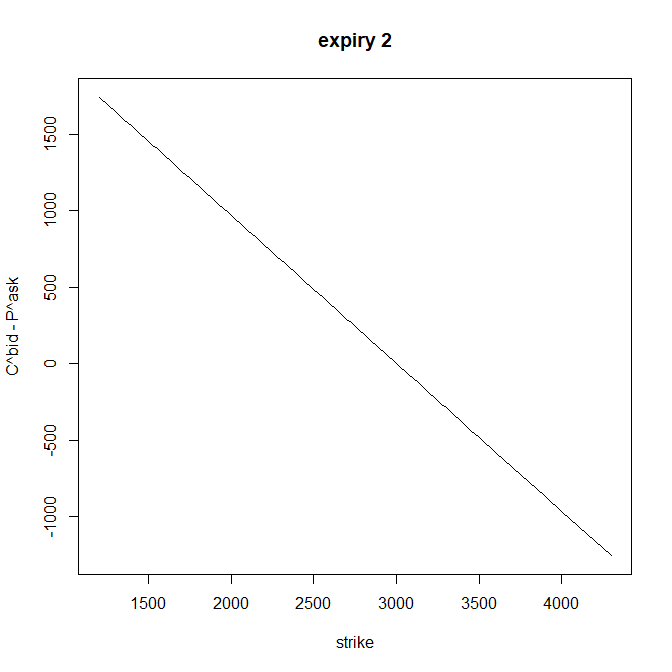 From this I can fit a linear regression and obtain slop $\hat{\beta}$. The put - call parity being constant accross strikes rewrites to: 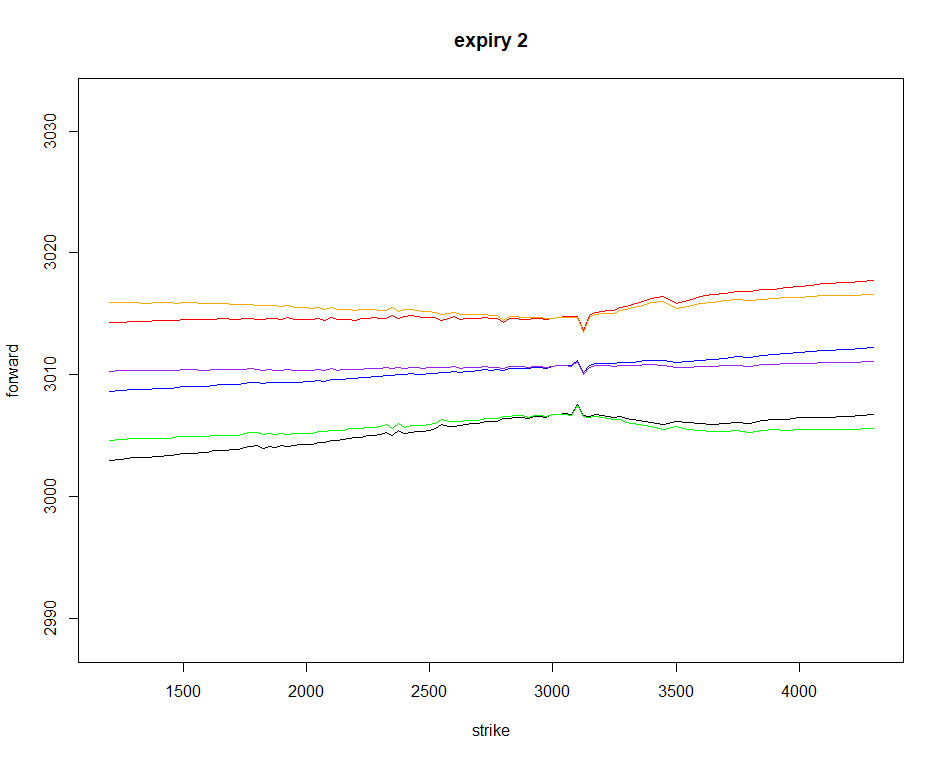 Question: is this "risk-free" rate $r_T$ usually consistent accross the index, i.e. can I use the same rate for an single-stock equity option constituent of the index?

Some stocks in the index may be hard to borrow. If you do include the borrow fee rates, you may get a lower forward price (lower interest rate) than you expect from this calculation. By no arbitrage, the index rate will likely be close to the weighted average of its constituents.

To get pure equity option rate pricing, you may want to search the trading data for box spreads. They are synthetic bonds that have no net exposure to the underlying.