So I was reading (trying to read) Security Analysis by Graham and I came across this example ("Example 1" in the image attached below) Being the noob at finance and quant that I am, I was unable to understand it. I think I understood the calculation part - interest expense/dividend gains etc. and the net profit figure of 40% but didn't really understand how were they able to buy the shares at 11 on Jan 15 1935, and the statement about borrowing $10 per share. How did that work out? What did the brokers actually do? 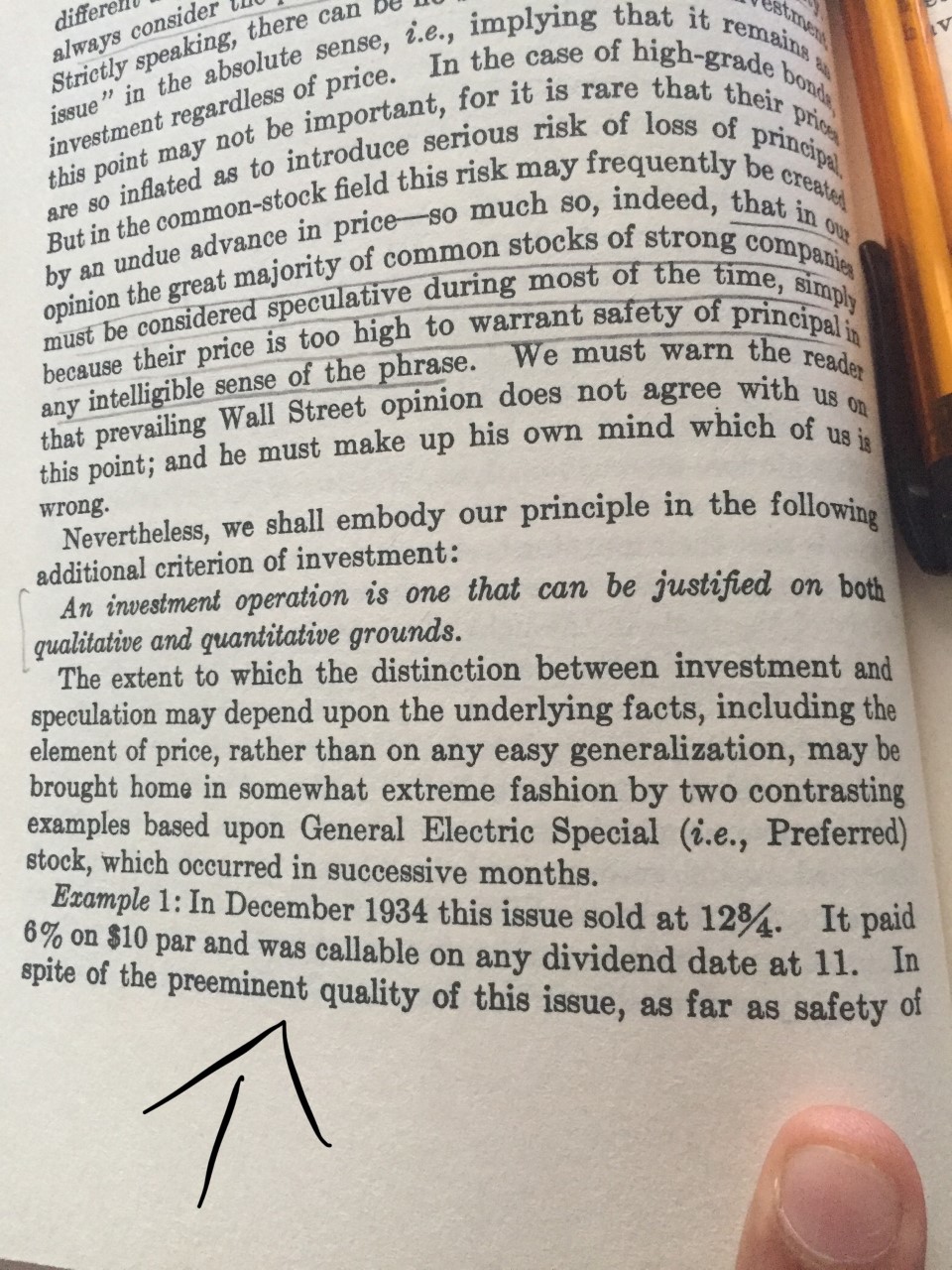 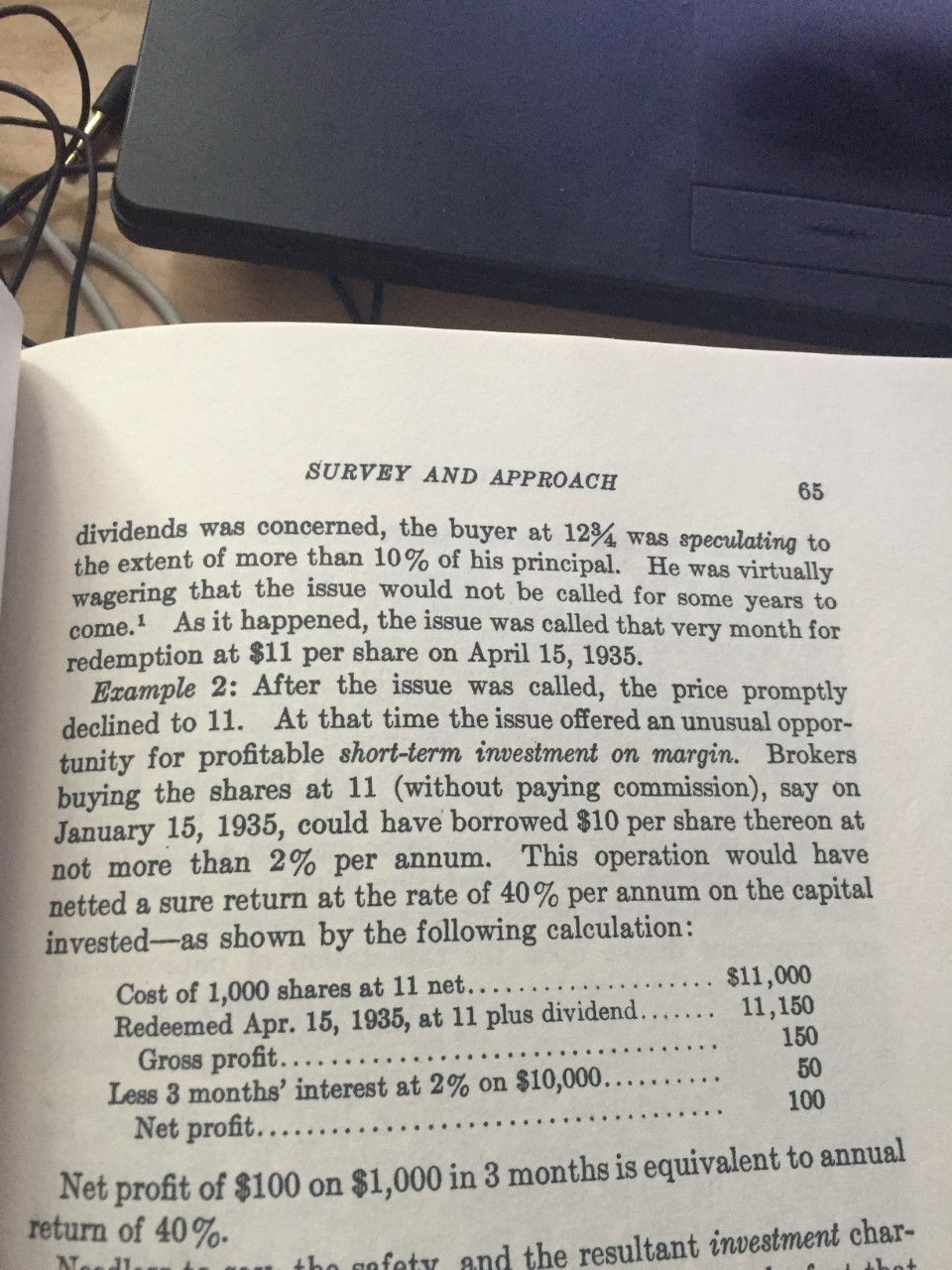 After announcement, in December, of the intention to call the bond in April at 11 the market price fell to 11 and apparently remained at 11 throughout January.

The broker could have purchased the bond at 11 mid January (no fee or commission) and received back in April a value of 11.15 (i.e. principal plus 6% annual interest chargable for 3 months).

The going rate for unsecured borrowing was 2% so the broker could have borrowed 10 (although he really needed to borrow 11 to fully-fund the purchase) and in April would pay 0.05 (although really 0.055) as interest on this borrowing.

If the bond issuer went bust before April the broker would be exposed to default losses on the bond, so this 0.095 really represents the credit exposure risk for 3 months.

Under arbitrage free pricing you would estimate that the probability of default in the period as:

Not the answer you're looking for? Browse other questions tagged finance valuation quants investment books or ask your own question.