I'm a CS student working on a financial computing project + have a question regarding cointegration testing using linear regression with the lm() function. 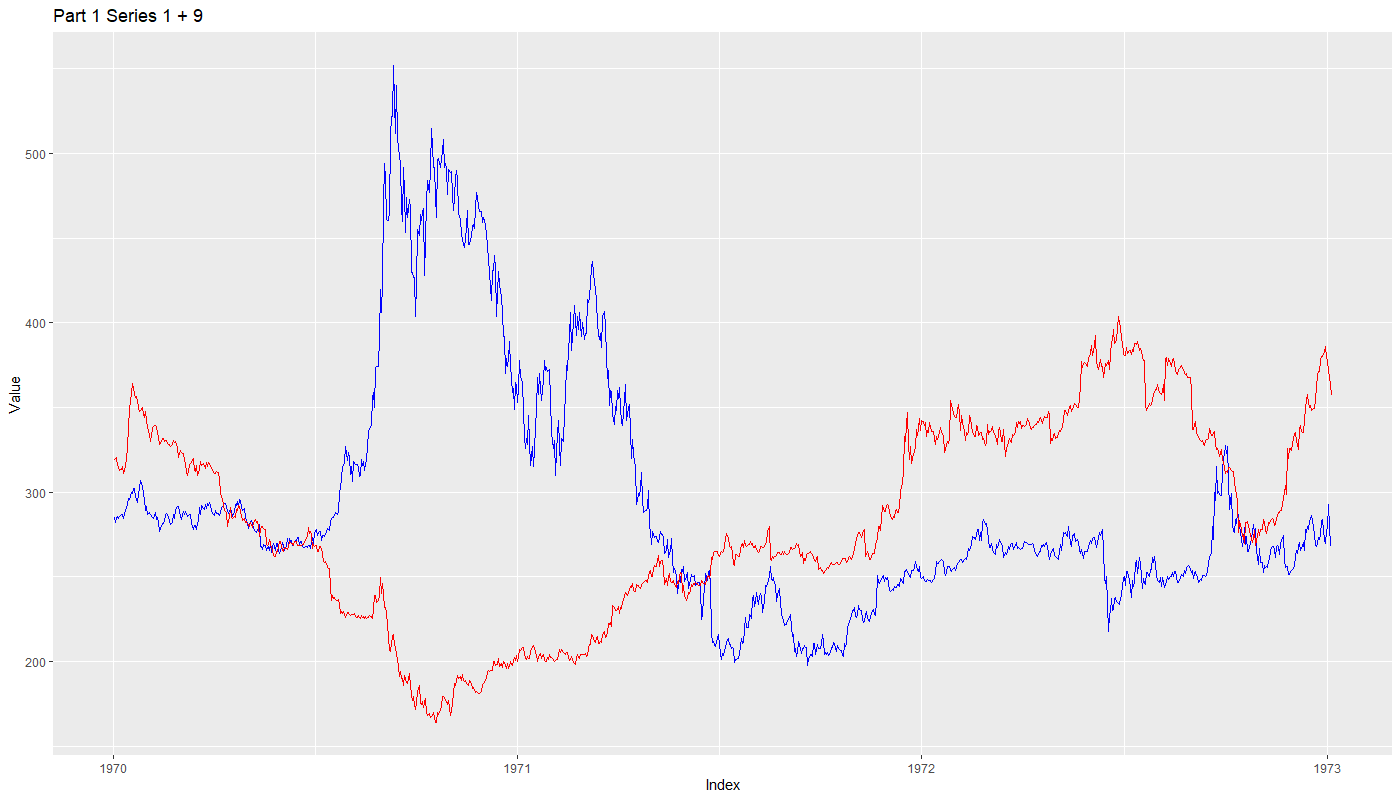 I've seen many examples through different strategies/notes online and was wondering which is the correct one to use under certain scenarios ( +0, +1, or nothing)

Hi: There are a couple of different issues in what you're doing.

A) One key question is what does "series" contain ?

B) 1) and 3) are always going to differ and it's never clear which is correct ( it's one of the pitfalls of the EG test ) I would do it both ways and see if the adf test result is consistent. Don't worry about the lack of consistency in the least squares estimate of the two approaches. The two procedures will only result in the same coefficient if you use total least squares regression instead of OLS.

C) Whether you use 2) versus (1 or 3) depends on whether you think that there is an intercept in the underlying model.

In the context of testing for cointegration, I would be inclined to not include an intercept because it sort of "locks" one series into being a specific amount higher ( or lower ) than the other series. Also, you want your least square estimate to be relatively stable over time ( i.e: when you go out of sample, you hope that your least squares estimate doesn't change ). By including an intercept, you're allowing for more flexibility in the non-intercept coefficient which is probably going to make it less stable out of sample.

Not the answer you're looking for? Browse other questions tagged programming time-series regression pairs-trading cointegration or ask your own question.