Implied Vol Smile: from Calls, Puts or Both?

I would have thought that if you plot strike on the x-axis and IV on the y-axis, then:

(i) To the left of ATM strike, you'd use OTM puts

(ii) To the right of ATM strike, you'd use OTM calls

But various pictures I have found online simply show the smile as if it can be constructed just from calls or just from puts, i.e.: 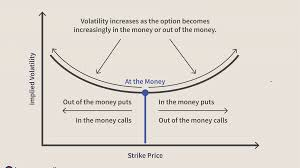 The problem I see with constructing the surface just based on calls, or just based on puts, is that ITM options may not be liquid enough or traded at all.

Last but not least: say that you'd use OTM puts to the left of ATM, and OTM calls to the right of ATM: what about the ATM point? What if the ATM call IV is different to the ATM put IV?

In practice, things are actually quite different and a bit more subtle. You really need to differentiate between the underlying being an index or e.g. a single stock. I will try to provide some insight:

To answer your original question, I think that market participants do not maintain two different vol surfaces (calls and puts) for one and the same index.

But for me, the more interesting question (based on the comments on differing implied vols due to early exercise above) is:

Do market makers maintain two different vol surfaces (calls and puts respectively) for one and the same underlying single stock?

In general what happens is more of a combination of the two.

just to add to the other answers, the smile is essentially theoretical, in practice since the 87 crash, investors value more downside protection and the demand is higher for out of the money puts, leading to a volatility skew/smirk.

also bear in mind that these effects are more pronounced closer to the maturity, at inception the IV curve is essentially flat.

Not the answer you're looking for? Browse other questions tagged options implied-volatility volatility-smile or ask your own question.