I was told that the following two US treasury bonds diverged in yields during 2008 crisis up to 80 bps. what was the reason for it ? They are both matured in 15th Aug 2015 but has different coupon rates.

Just to elaborate on the comments above to include some visuals. As you pointed out, the high coupon, seasoned 10.625s traded at a steep discount. The first chart below shows the yield spread against 4.25s; the spread blew up to 80 bps at one point in 2008: 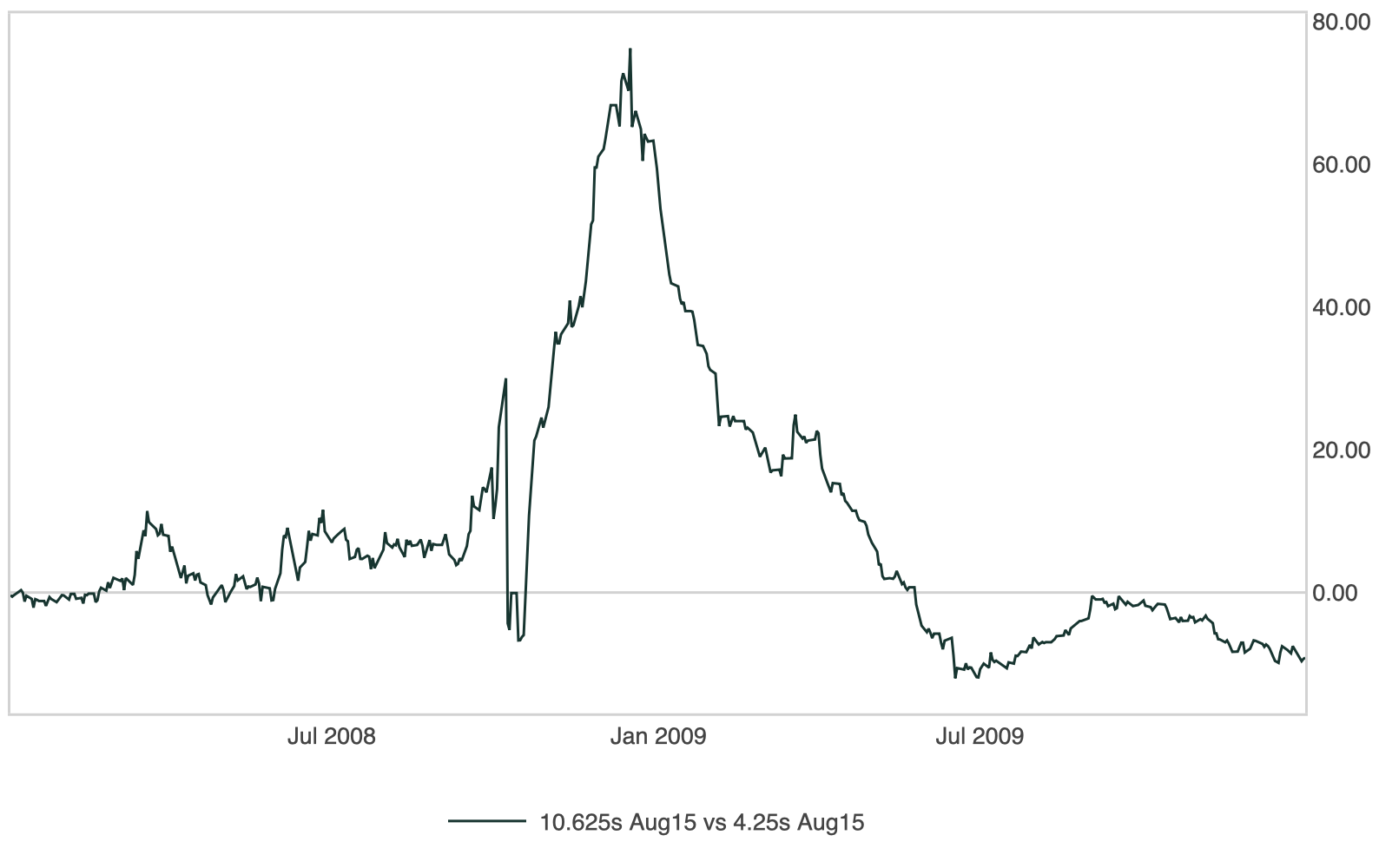 This phenomenon was not unique to these two bonds. Toward the end of 2008, many Treasuries traded out of whack. The chart below shows the yield curve as of December 15, 2008. As you can see, nearly all the seasoned high coupon issues traded at meaningful discounts (aka high yields), while all the most liquid issues captured enormous premia (i.e., they were priced at much lower yields). 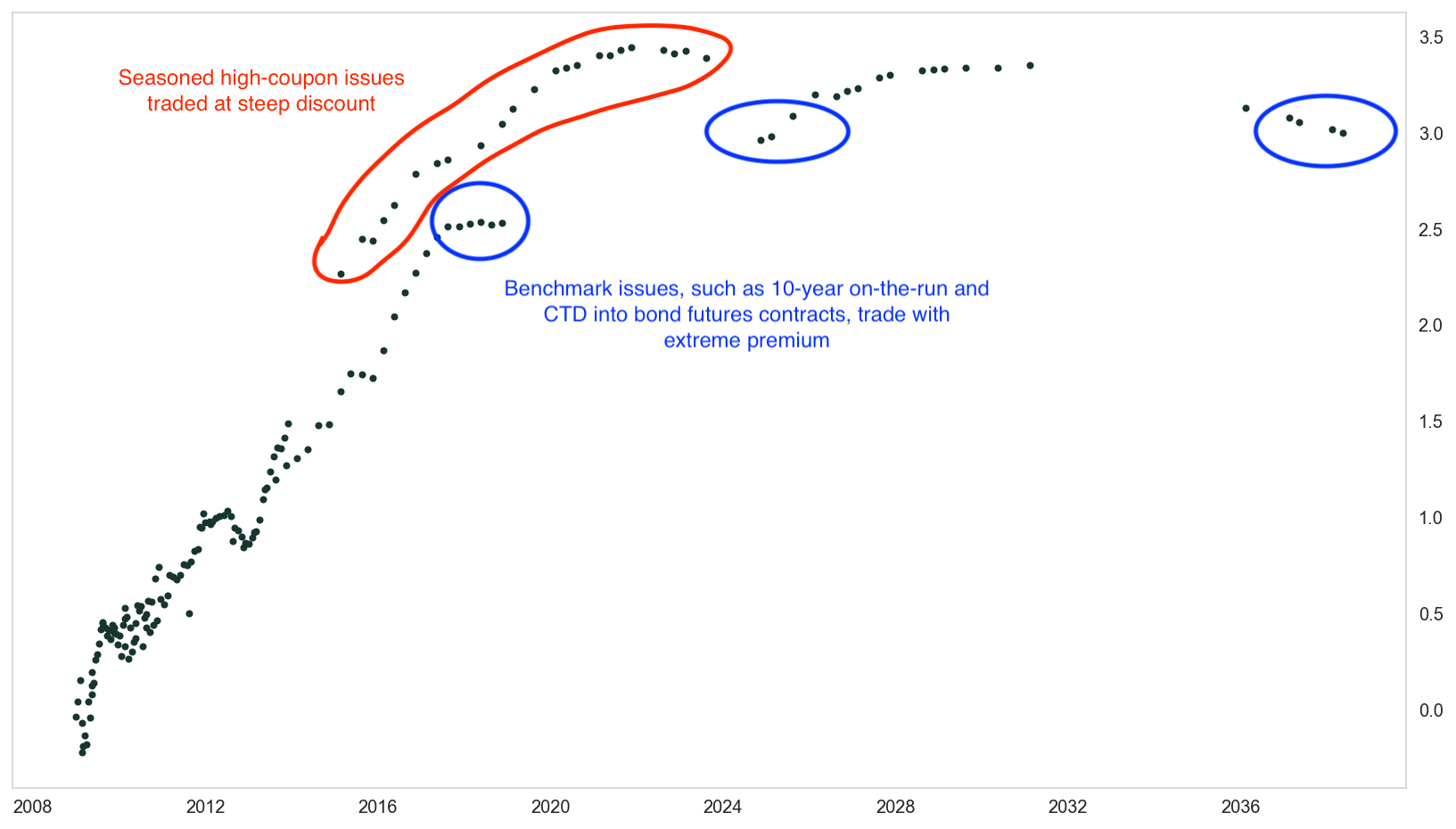 The reason is simply liquidity. This was a time of great uncertainty and flight-to-quality/flight-to-liquidity was all that mattered. Everyone was forced to sell things to either de-lever or raise cash. Anything illiquid was marked down – no one wanted to take on the illiquidity risk, so you really have to offer to sell illiquid things at very cheap prices. Even then, there was no gaurantee that anyone would bite, and this was true for US Treasuries as well. By contrast, benchmark issues, which were pretty much the only things that still traded, got so well bid & marked up because of everyone valued liquidity.

Note that this is also not unique to the 2008 crisis. It happens all the time. It happened in the 1998 crisis, and it happened early this year, just not to the same extent.

1
Investment: Bond vs Equity
4
Compare the IRRs of two bonds
0
Yield Curve Movement: Risk/Reward versus Safe Haven Demand & Monetary Policy Expectations
2
Do all bonds of the same maturity have the same yield to maturity?
1
Yield To Maturity calculations for risk-free vs risky bonds
0
Are pure PIK bonds' payoffs known from the start?
4
Hedging EURUSD with negative rates
1
Why does the coupon effect mean that higher yields do not necessarily mean that a bond is more attractive?
3
Estimate yield of coupon bond given yield of zero coupon bond
0
Why do we have daily series of T-bill yields?