How to use autocorrelation plot to interpret time series data?

how can we use auto correlation plot or correlogram to interpret time series data?

I have 6 different acf plots (a,b,c,d,e,f), from this 6 plots what kind of informations and patterns can I identify? 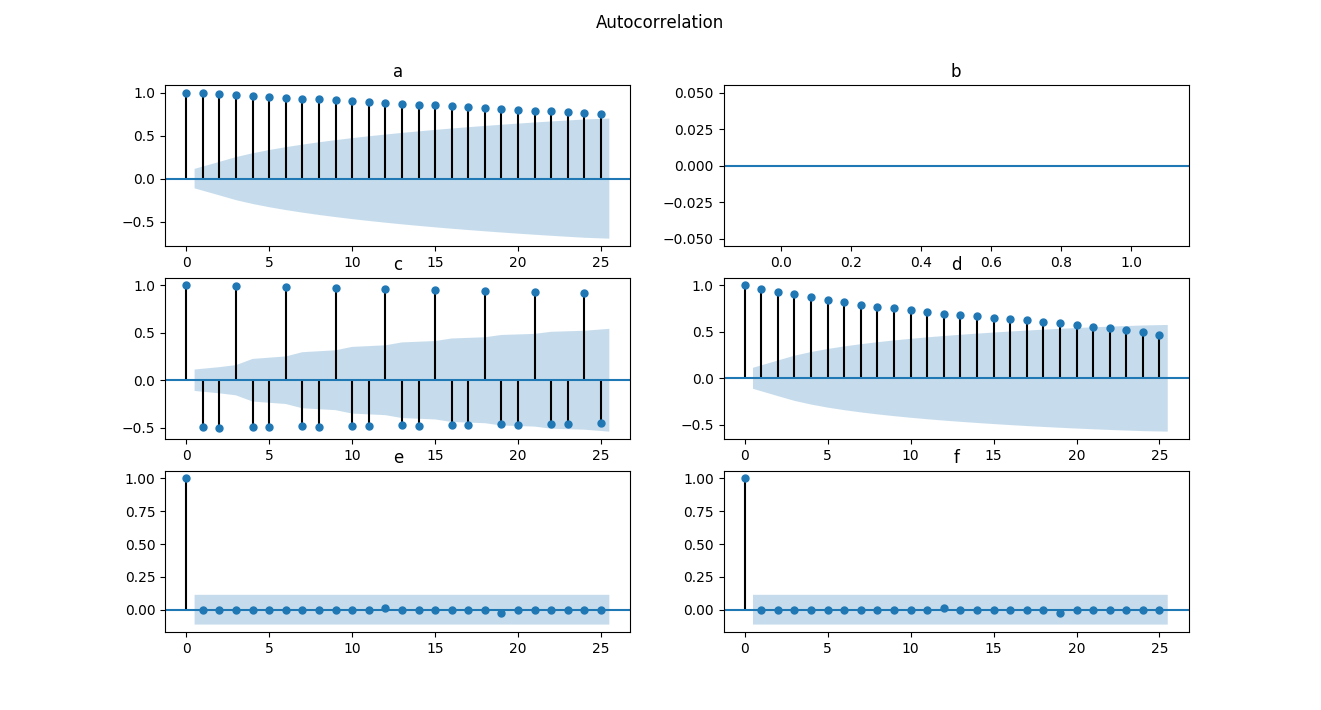 plot b is a straight line because all the values in the series are the same.

Just by looking at the graphs, I'd say:

There is a multitude of texts which answer this question the easiest and free source is Rob Hyndmans from Monash Universities online text on forecasting, https://otexts.com/fpp2/, the topic is covered in many time series books and econometric texts, another good general reference is by Galit Schmueli who ran a course on Future learn for free on Time series analysis in R, Practical Time Series Forecasting in R. My texts cover this but are way too old to recommend, here is an example from a 2005 edition of Tsay's Analysis of Financial Time Series:

Let rt be the log return of an asset at time index t. The basic idea behind volatility study is that the series {rt} is either serially uncorrelated or with minor lower order serial correlations, but it is a dependent series. For illustration, Figure 3.1 shows the ACF and PACF of some functions of the monthly log stock returns of Intel Corporation from January 1973 to December 2003. Figure 3.1a shows the sample ACF of the return, which suggests no significant serial correlations except for a minor one at lag 7. Figure 3.1c shows the sample ACF of the absolute log returns (i.e., |rt|), whereas Figure 3.1b shows the sample ACF of the squared returns r2 t . These two plots clearly suggest that the monthly returns are not serially independent. Combining the three plots, it seems that the returns are indeed serially uncorrelated, but dependent. Volatility models attempt to capture such dependence in the return series. 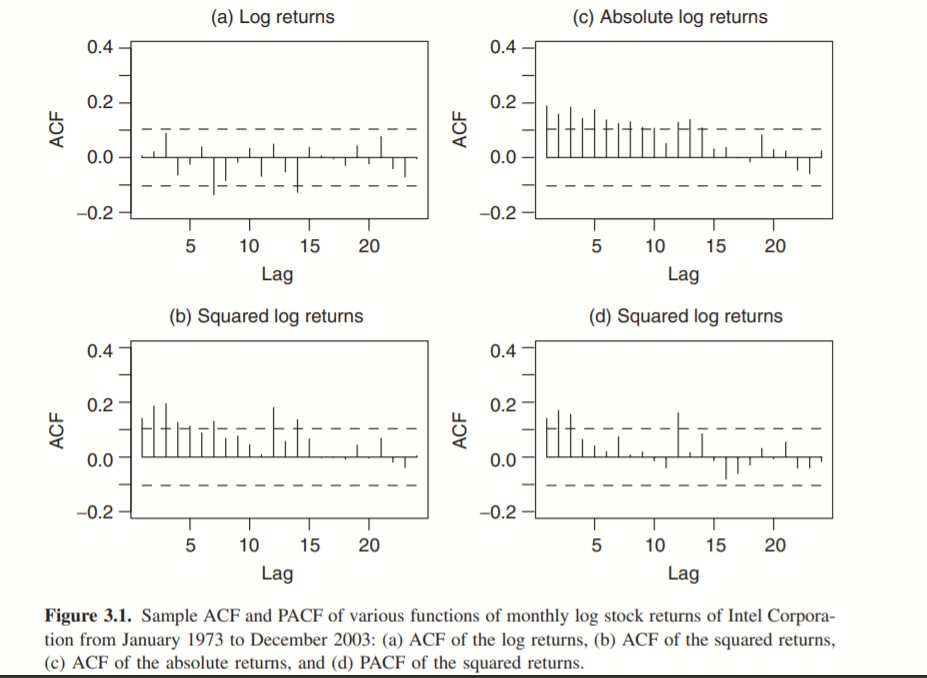 My purpose is not to give you fish but to teach you how to catch fish, only by learning from others who are experts is this possible, my answer is probably neither here nor there.

Not the answer you're looking for? Browse other questions tagged time-series statistics statistical-finance auto-correlation stationarity or ask your own question.

14
How to interpolate gaps in a time series using closely related time series?
17
Meta-view of different time-series similarity measures?
2
Predict Quadratic Trend in Time Series
4
How is the MA (moving average model) useful?
2
How to interpret ACF and PACF plots
2
How to plot time series for stock data using R
1
Predicting time series based on another
1
Are return time series ergodic?