Need some expert advice and suggestions:

I am trying out pairs trading or statistical arbitrage (as traders say). But even if two price series are co-integrated (ADF test, Hurst exponent, Ornstein–Uhlenbeck tests etc) and correlated, I see that the normalized prices of a pair always end up diverging in the end and never converging again even though they will move in a pretty similar fashion. Example: DAX (German index) and CAC40 (French index) are both co-integrated and well correlated.

In particular, I noticed two things that depend on the starting point of the normalized price series- 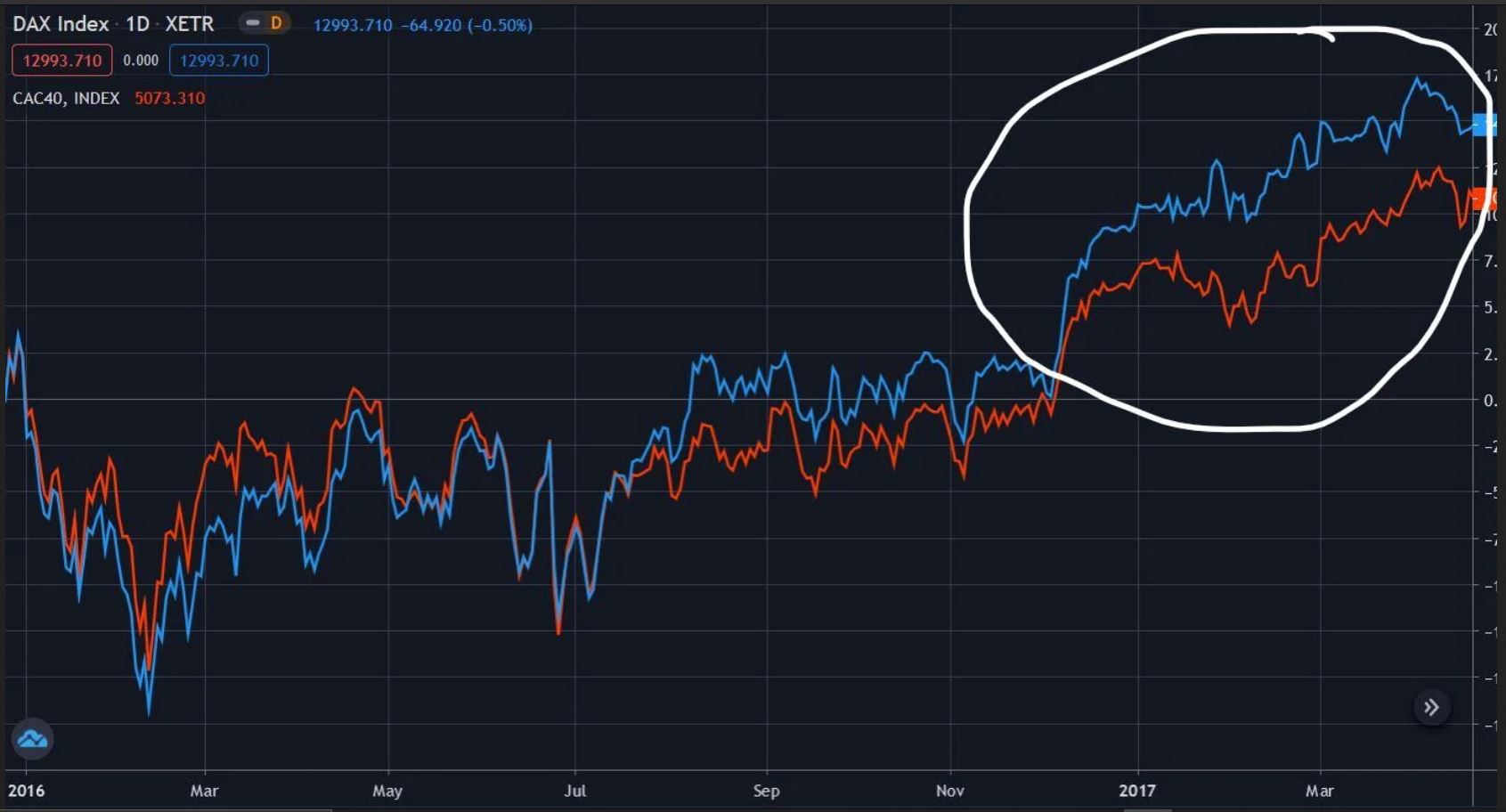 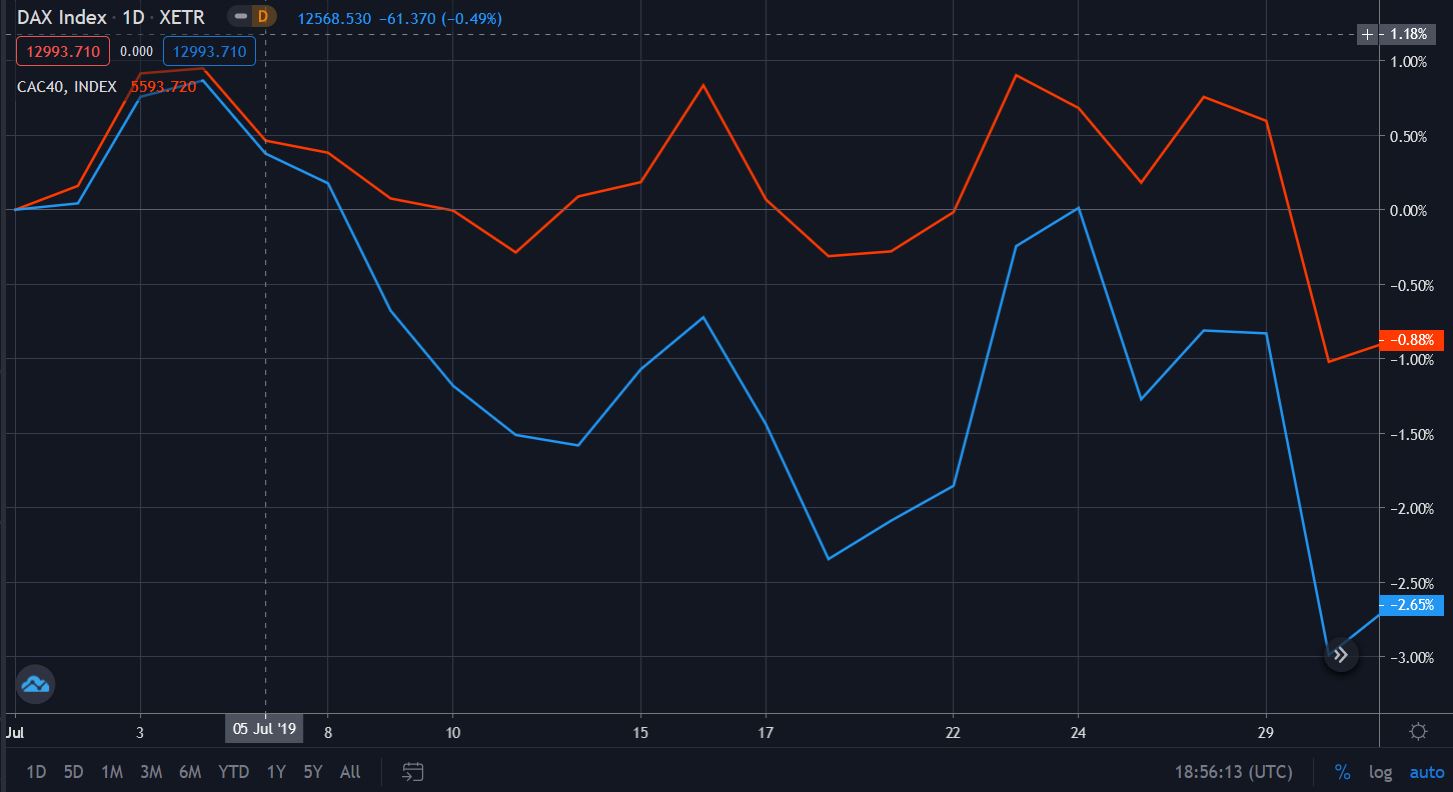 It always depend on the starting point. Any experts here would kindly tell me what is the reason or if I am doing something wrong here? Would really appreciate your comments. Thanks in advance

You circled the plot of both the DAX and CAC 40 from late November 2016 onward. Now... I would say that maybe the divergence between these indices started not reverting sometime in August or September of 2016. Before then, we see return series are very related. After maybe February or March of 2017, the returns again look related but with a new differential that is typical.

When cointegrated processes stop reverting according to past dynamics or change the level of their mean return difference, we suspect there has been a structural break: a change in underlying dynamics, risk, fundamentals, etc.

In late 2016, the US election included lots of rhetoric about changing international relations, renegotiating trade pacts, and the US turning inward. That alone could lead to a difference opening up between the indices. Then, in November, the election outcome was a bit of a surprise and the indices continued their divergence -- and did so sharply. That would suggest that the outcome of the 2016 US election created a structural break between these indices.

26
How do different methods and techniques used in pairs trading compare?
6
Two correlated time series - driver and follower
1
Pairs Trading Signals and Positioning
2
Mean reversion and adjusted beta for pairs trading
0
Correlation of Asynchronous Brownian Motion
0
How buying/selling pairs and entering/exiting trade works in pairs trading?
2
If two price series are cointegrated but not correlated, how do I find the hedge ratio?