In a Diagonal Spread with Puts, aren't you bearish in the back month?

Predicate that you think TSLA is over-priced at $2045, so you 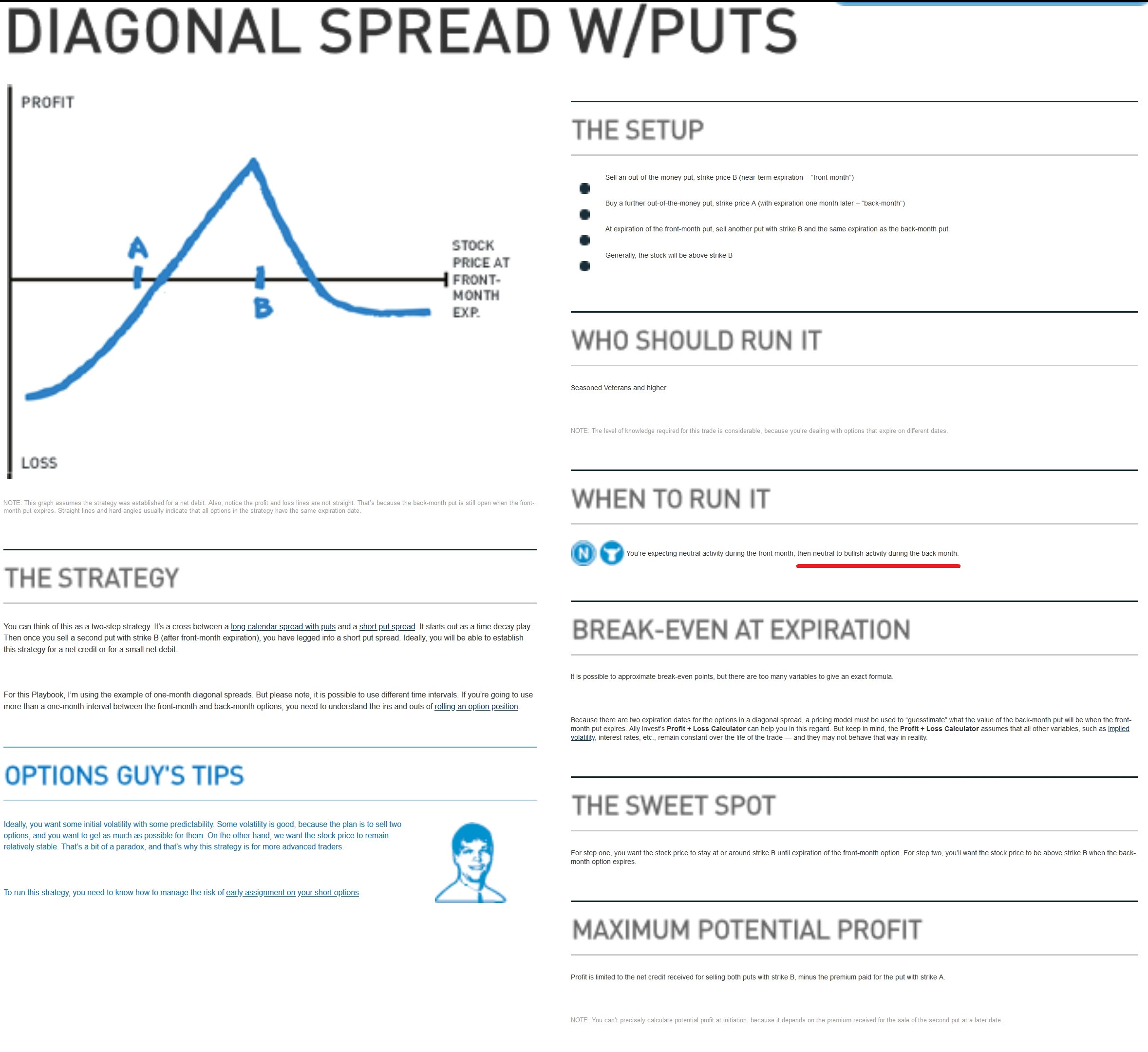 No, you are describing a long put calendar spread https://www.optionseducation.org/strategies/all-strategies/long-put-calendar-spread-(put-horizontal).

In that diagonal spread example, see that the two strikes (A & B) are different? In your example, the strikes of the two puts would be the same.

The statement in the link is correct. You start with a diagonal spread where you:

Because you want the underlying to remain in the vicinity of "B", you're neutral.

Now you are neutral/bullish because you only lose if the underlying drops below "B".

In your screen shot, you lopped off the rest of the explanation at the bottom of your screenshot. You only included the first 2 lines. The missing excerpt states that the adjustment creates a SHORT PUT SPREAD:

You can think of this as a two-step strategy. It’s a cross between a long calendar spread with puts

and a SHORT PUT SPREAD. It starts out as a time decay play. Then once you sell a second put with strike B (after front-month expiration), you have legged into a short put spread. Ideally, you will be able to establish this strategy for a net credit or for a small net debit.

Not the answer you're looking for? Browse other questions tagged options or ask your own question.

8
What are VIX back-month futures based on?
5
At-the-money Call Spread approximation
4
Why can't you arb skew by buying options with low implied vol and selling high implied vol in the same month and dynamically hedging?
5
Understanding skew of SPX - Why does IV of OTM puts increase with strike?
0
Are the price of vanilla bull/bear spread constructed by calls and puts same?
0
Butterfly spread calls and puts
6
Should I hedge this spread with a spread option or an insurance product?
1
How do short stock positions lower the value of calls and raise the value of puts?