When you are delta-hedging by using shares, what is used? FIFO or LIFO? (Natenberg example)

Does using FIFO versus LIFO make any difference in your adjustments PnL when you finally liquidate your entire position along with any remaining hedges you have? (Say you kept your entire delta-hedged position until expiration of the Option you are long or short). 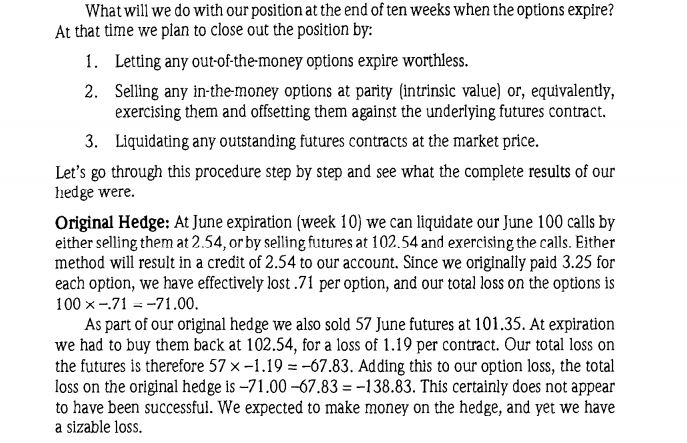 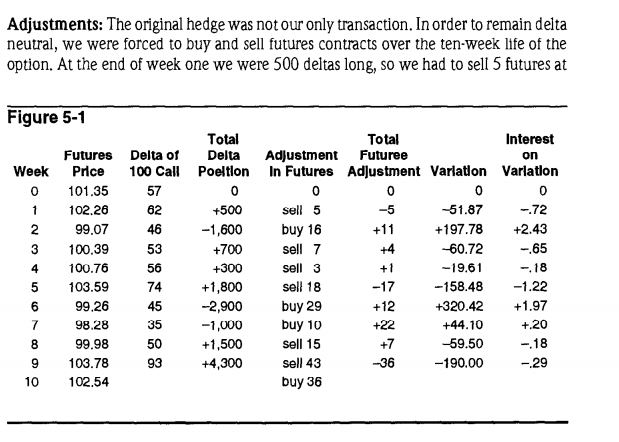 The picture above is an excerpt from Sheldon Natenberg's Option Volatility and Pricing, Chapter 5 pg. 85

He explains what to do when finding an Option different from it's theoretical value and how to delta-hedge, etc. The picture showcases the adjustments he made after buying an underpriced Call Option and dynamically hedge.

What was the result of all the adjustments required to maintain a delta neutral position? In fact the result was a profit of $205.27. (The reader may wish to confirm this by adding up the cash flow from all the trades in the adjustment column in Figure 5-1.) This profit more than offset the losses incurred from the original hedge.

I've tried to verify for myself that the profits from the adjustments do indeed add up to 205.27, but every time I tried to do so I ended up with a wrong amount of profit. I tried using both FIFO and LIFO since it's not stated what's being used and the profits I calculated both ended up being wrong.

What further confuses me is that it's also stated (in the excerpt) that he bought back the original hedge (which was -57 contracts) for a loss of -67.38. If you look at the adjustments, you will realize that right at Week 2, whether using FIFO or LIFO, it's impossible that he was able to have contracts remaining from his original hedge (which he shorted 57 of which at 101.35). The original loss would only be the amount stated if he had actually kept the original 57 contracts and then bought them back at 102.54, but that's impossible with the adjustments observed.

And also what further confuses this is at the end of Week 10, he buys 36 contracts to eventually get back to the original hedge of -57 as he started with and then buy them back at 102.54 as he claimed above. It makes no sense really.

The only this could be possible is if somehow he had the original hedge and adjustments separated from each other by using different brokerage accounts. Because as far as I know, no brokerage allows you to have simultaneous long shares and short shares on the same stock. Which is what would have to be the case here after attempting to calculate the profits from the adjustments.

It would be great to have an answer explaining what's going on here and how it relates to FIFO/LIFO and brokerage rules, etc.

Thank you in advance.

Browse other questions tagged delta-hedging accounting delta-neutral broker or ask your own question.

2
How to manage risk on a call calendar when underlying is falling
0
How does a Delta Hedged portfolio yield the Risk-free?
0
Market Maker ETF Hedging Strategy
1
Delta hedging for an American call option on a stock with a continuous dividend yield
0
Confusion Regarding Dynamically Delta Hedging a Short Option