I follow this paper and estimated two different asset pricing models via systems of deep neural networks. Both models have the exact same input: firm-specific features for 10'000 (unique) US stocks and a large set of macroeconomic variables over 20 years (training period = 1970-1990), but differ slightly in architecture. More specific: I have estimated two different stochastic discount factors and consequently two different tangency portfolios $F_{t}$ that account for time-variation. From there on I have estimated via another neural network the risk loadings as output $y = R^e_{t,i}F_t$ to estimate $\beta_{t,i}=\mathbb{E}_t[R^e_{t,i}F_t]$ which is proportional to the true $\beta_{t,i}$.

Some out-of-sample differences in results for the period 1995-2019 (after ensembling over 10 runs):

In short, model 2 is more index-like with high exposure to the MKT factor, and as mentioned, to the SMB factor. Model 1 is nearly MKT and SMB neutral. Model 2 can be very well explained by FF5, whereas model 1 cannot: 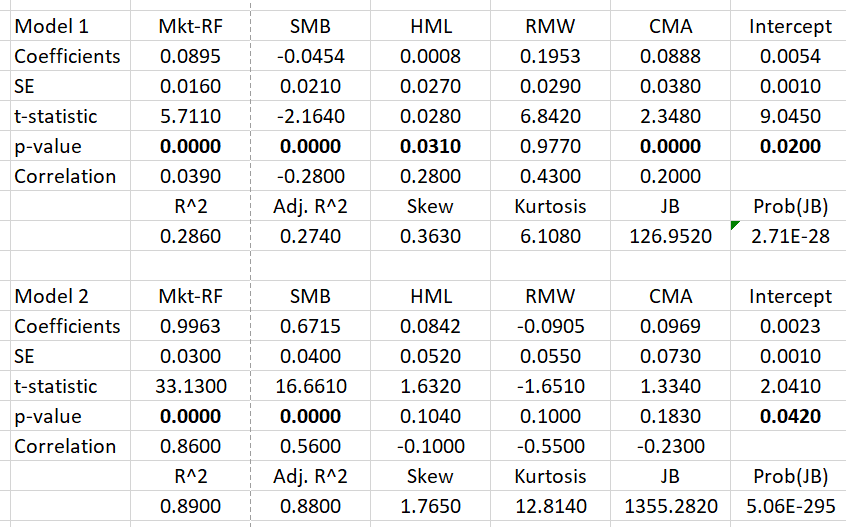 To investigate the SML, I normalized all obtained $\beta_{t,i}$ cross-sectionally by making sure that $\beta_t^{F_t}=1$, since I do not estimate it directly and built equally-weighted $\beta$-decile portfolios for both models. Then, I did a plain-vanilla regression and obtained this: 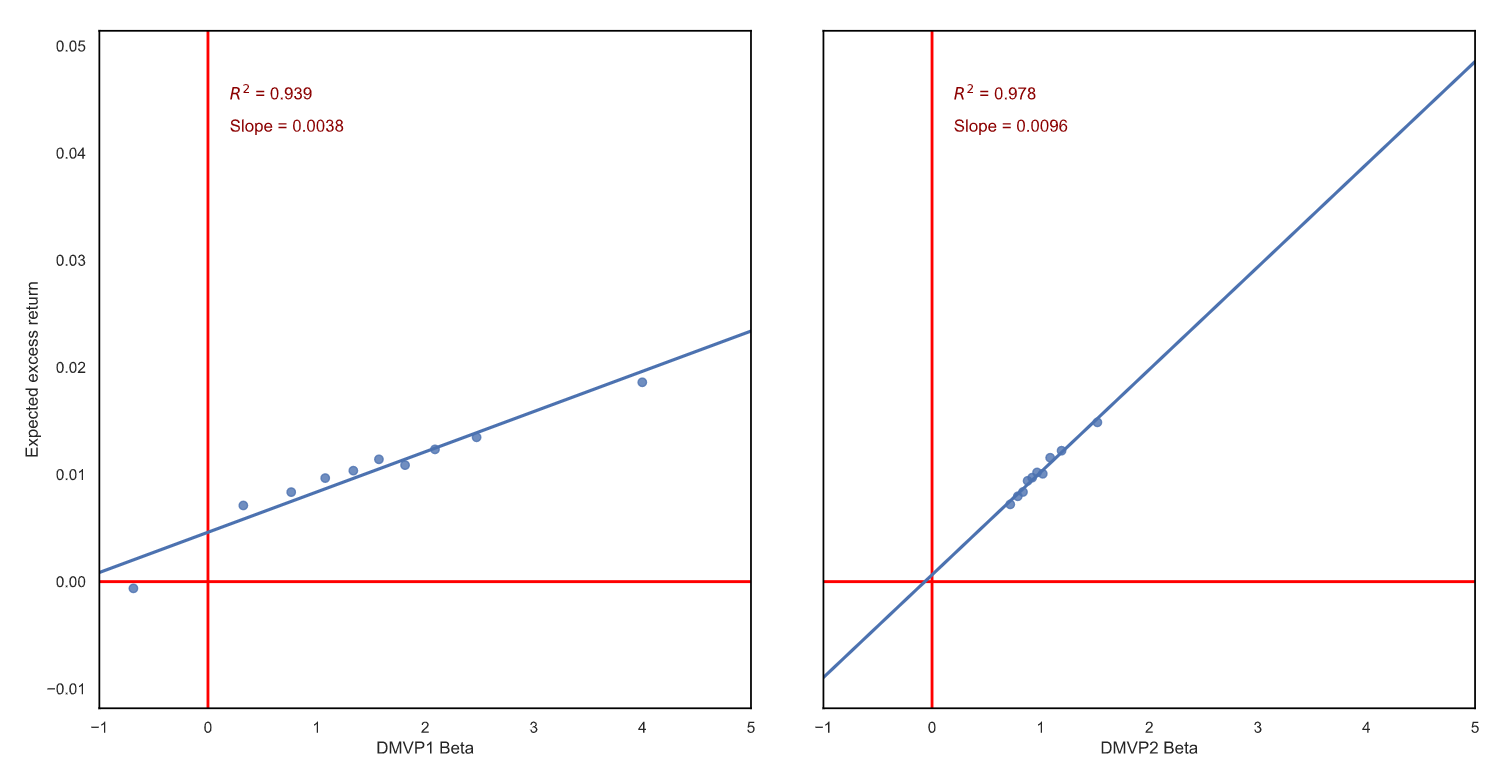 Given no-arbitrage, the intercept should be at 0, since I operate in the excess-return space. Both models do a quite satisfying job. But I am still puzzled: model 1 indicates an equity risk premium of 4.65% p.a. which is, given all the results from research, a reasonable result. Model 2 has an even better fit, but indicates a whopping premium of 12.1% p.a.

My current interpretation is that model 2 indicates a higher premium since it loads more heavily on small-caps, which offer (on paper) a attractive risk-return profile.

Q: Do you have any suggestions, or interpretations on why both models obtain such a good fit but differ that much in slope for the exact same input data?

EDIT 1 (in response to Chris' questions)

There's a lot to pick apart here, but to start:

(1) Holding period on your two strategies? A Sharpe of 2.8 is quite high (like, top decile+) for a long-only buy and hold mid to low frequency equity strategy. Even .9 is on the high side for a broad-based US index.

(2) Using 70-90 as a training set and 95-present as an out of sample set seems prime for issues related to change in regime. I can't think of a cut-off (ie, 1995) more aligned with a general shift in underlying business models, specifically the emergence of tech as a primary driver in US equities.

(3) Regarding your follow-up question, why are you 'investigating SML'? How are you normalizing your betas across assets? How are you constructing your subsequent portfolio(s)? You'll need to provide more detail.