I wish to forecast energy prices in the long-term (ca. 20 years) for energy-efficiency investments. While I understand that the energy carriers are particularly sensitive to external (geo-political) forces, I wish to either be able to say something meaningful about the future of these prices, or at least know under which conditions I should keep my mouth shut.

Assume now that the consumer has energy bills stretching back a few years; one data point for each year. I can therefore generate a time series that looks like 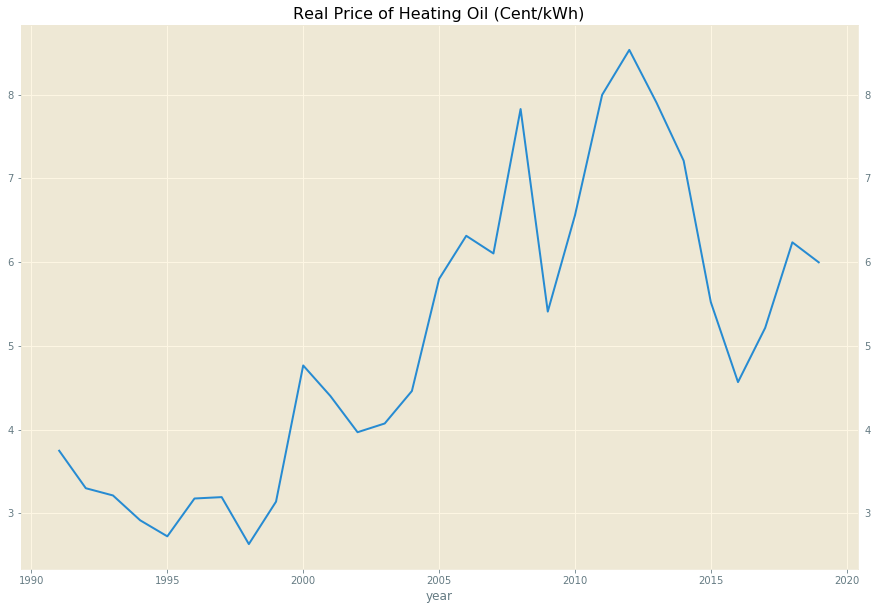 Following the lead of other authors in the literature, I attempt to model this price by a geometric Brownian motion. The most basic estimation of the trend $\mu$ and volatility $\sigma$ is then to simply take $\mu$ to be the average of the difference of the log returns $$ \mu = \mathrm{mean} [u_t] := \mathrm{mean} \left[ {\log{\frac{p_t}{p_{t-1}}}} \right] $$ and $\sigma$ would then be the standard deviation from $\mu$.

If I use the first half of the above time series to model, and the second to validate, I end up with a plot that looks like this: 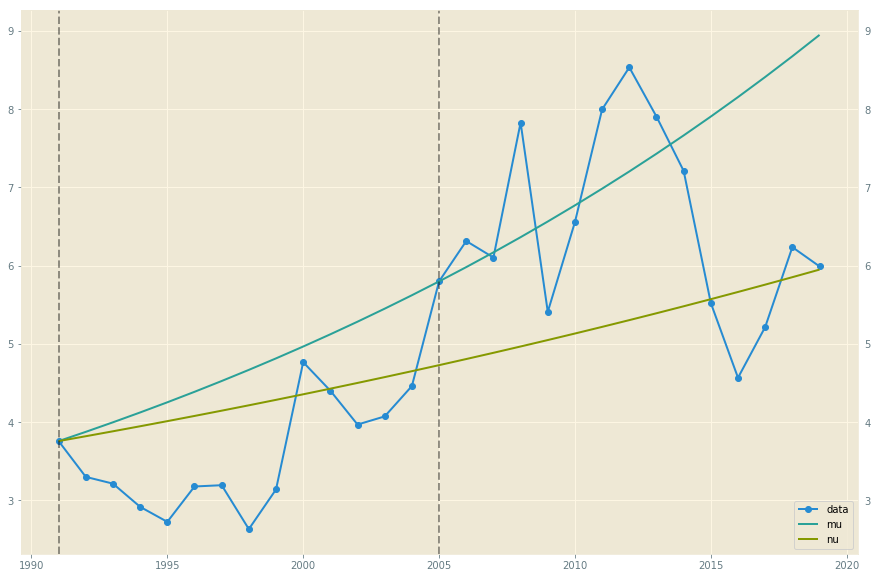 where the line labelled "mu" models future prices according to the expected value formula $p_t = p_0 e^{\mu t}$, and the line labelled "nu" uses the same formula but with the logarithmic trend $\nu := \mu - \sigma^2/2$ instead. The "nu" line in fact does an excellent job estimating the sums from 2005 - 2019, meaning that a consumer who based an energy-efficiency decision on this model would have done just fine.

The fly in the ointment is that the diff logs $u_t$ don't actually follow a normal distribution, which is a requirement for geometric Brownian motion: 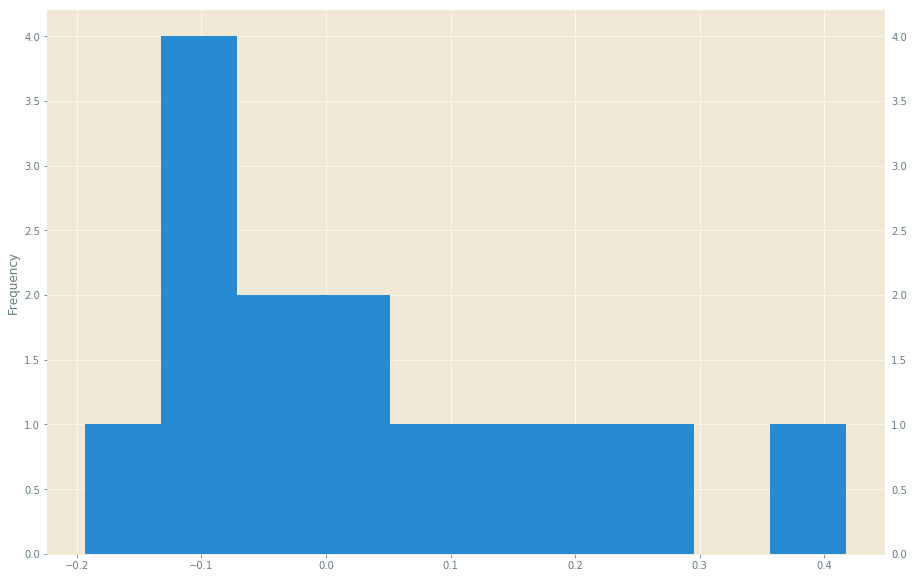 It seems to me that for the general problem of long-term price modelling, two facts are important: (i) recent trends are more relevant than older trends, and (ii) it will be the exception, rather than the rule, that the diff logs follow a normal distribution. Indeed, the same procedure applied to electricity prices fails woefully because the log diffs of this time series follow a bi-modal distribution: 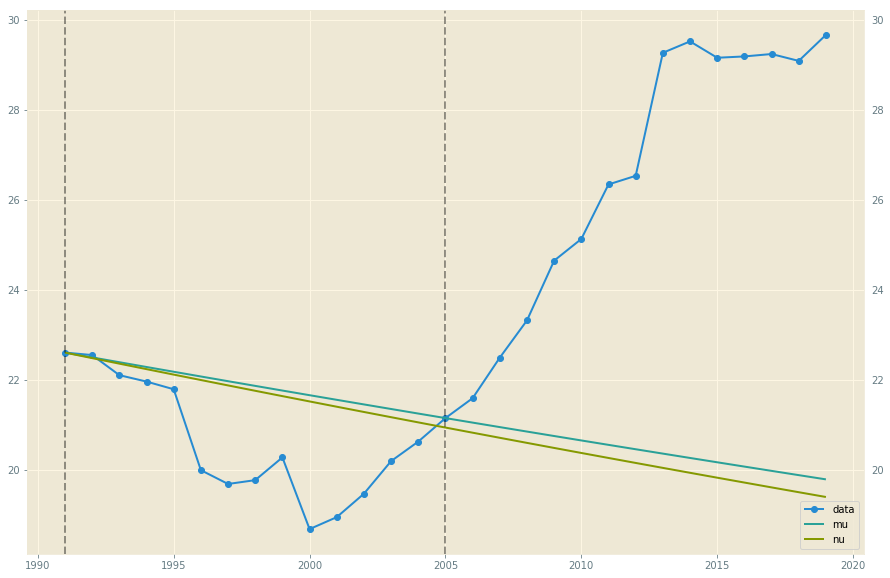 Hence my proposal, which is also my question. Would it be correct to simply transform the distribution of the log diffs by first using some kind of moving average to address point (i) above, and then simply take $\mu$ and $\sigma$ to be the mean and variance of the resulting distribution? This would imply that my price would follow a pseudo geometric Brownian motion $$ dp_t / p_t = \mu t + \sigma Q_t\ , $$ where $Q_t$ is some pseudo Wiener process that increments according to the determined distribution just described, and not the normal distribution.

Is such a procedure sensible? Has it already been used in the literature? I am new to this field, and would appreciate any feedback and references to the literature.

To model long-term prices (20 years ahead), I would not utilize this approach. While it is resourceful to study the characteristics of the energy prices and see how well they can fit into a particular distribution/process, my experience is that it only takes you that far.

I have come across plenty of energy price forecasting consultants (Baringa, Wattsight, AFRY, etc) and they all take a more fundamental approach for long-term price modelling. Breaking pricing down into factors and modelling those separately is ultimately the most utilized method today. For these factors, mostly supply-demand equilibrium models are utilized. These themselves can be multifaceted and follow the like of what you have indicated above. They then set up these models for high order of granularity to generate trajectories which combined form energy prices. The energy price trajectories are then averaged out per chosen granularity to generate prices corresponding to e.g. a whole year.

For short- and medium-term forecasts (up to 2-3 years ahead), your approach is probably more feasible but still a little bit too sensitive to e.g. calibration windows due to the autocorrelation in energy prices. Hope this insight helps.

Not the answer you're looking for? Browse other questions tagged time-series brownian-motion reference-request parameter-estimation or ask your own question.