Here is an overview of the asset swap spread I found online: https://www.deriscope.com/docs/AssetSwaps_LehmanBrothers_2000.pdf
I can't seem to make sense of the numbers in this example: 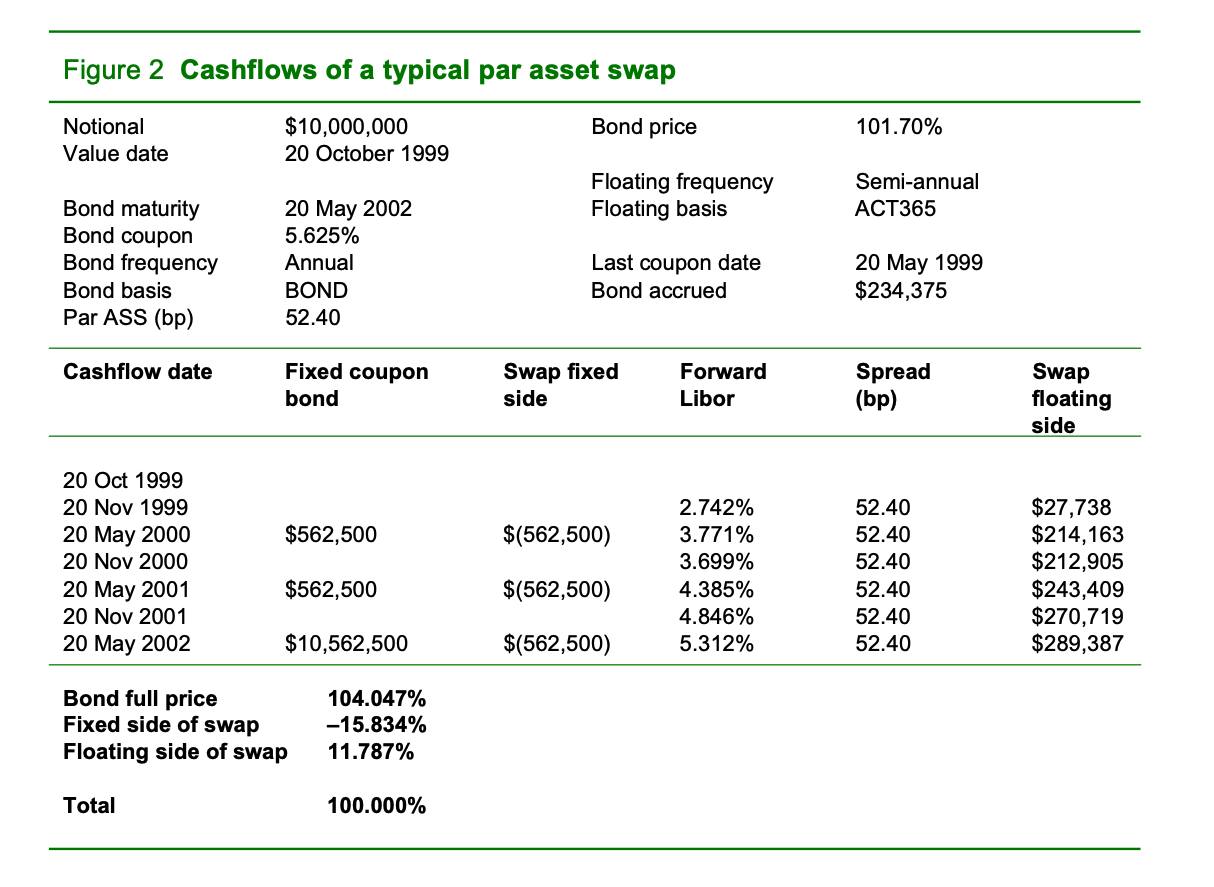 Specifically, how is the swap floating side calculated? I tried using the notional 10m multiplied by the libor rate + spread and divide by 2 (since semi-annual frequency) but can't get the exact numbers, so I think I am missing something here. In addition, why is the first floating payment only $27,738? My last question is in the summary at the bottom of this example, my guess is that the full price comes from the bond price 101.70% + the accrued interest 2.34375%, but that still doesn't add up to the full price shown here, and I am also hoping to understand what the fixed side of swap (-15.834%) as well as the floating side of swap (11.787%) mean and how are they calculated? If anyone can share some good resources/materials for understanding the basics of asset swap spread, that would be greatly appreciated as well.

(We reproduce the numbers in the Lehman paper. However I have a feeling that in real life, since November 20, 1999 was a Saturday, it might get bumped to the next Monday, so the first coupon would accrue until Monday. Or maybe for asset swaps they use unbumped bond coupon dates?)

Not the answer you're looking for? Browse other questions tagged fixed-income interest-rates swaps interest-rate-swap credit-derivatives or ask your own question.