Ask Question
Asked 9 months ago
Active 9 months ago
Viewed 68 times
0
$\begingroup$
Closed. This question is off-topic. It is not currently accepting answers.

I have to build a classification model to predict recessions. I have selected a set of features (some are economic and some are financial). I have noticed that it is good pratice often to add to the original features also their lagged versions. So basically the features are lagged/shifted forward in the "future" of 1 or more samples. It seems that shifting in the future features samples have some predictive power. See picture below as an example 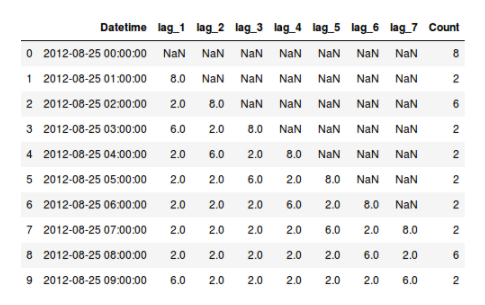 Can anybody please provide me with an econometric justification of this?

In its simplest terms, imagine you were just using the yield curve as your single predictor of recessions. Suppose (horribly simplistically) that curve inversions tend to signal downturns in 12-18 months time. The curve 12-18 months ago is thus a relevant variable for whether the economy is going into recession or not today.

These kind of effects are classically represented in traditional econometrics as the "partial adjustment model", or as the "adaptive expectations model". The two are grounded in different, almost completely opposed, theoretical/philosophical assumptions. The former assume (and try to distinguish between) the longer-term versus shorter-term effect of your regressors on your response variable. The latter assume that your regressors already embed some (unknown) anticipation about the future of your response, and so the behaviour of your response also has to reflect revisions to these expectations, when the actual outcomes in your regressors play out differently to the (unknown) expected ones.

As such, the two models appear very different at first. However, there is a big irony here. You end up with the same final structure modelling either via regression, namely:

Not the answer you're looking for? Browse other questions tagged programming time-series auto-correlation or ask your own question.