What drives the difference between M1 & M2 money supply (in the US)?

From what I understand the only entity that controls M1 in US is the Federal Reserve. Is it true that M2-M1( M2 minus M1; the part of M2 that is NOT in M1 like timed deposits) is controlled by the commercial banks?

I think the question is of interest and of importance in current market conditions. I attach a picture that I have commonly encountered over the past 12 months: the market capitalization of the S&P 500 vs. M2 money supply.

These types of charts have gained popularity since the FED started massive balance sheet expansion in March 2020 to combat the market volatility induced by the Covid pandemic: in a way, such charts provide a "rational" explanation for the "irrationally high" stock market levels.

I would myself be interested in a thorough answer to the OP's question, ideally from someone with an Economics background who takes interest in central bank policy.

Ps: it is not possible to upload a picture into a comment, so I chose to edit the OP's question instead. 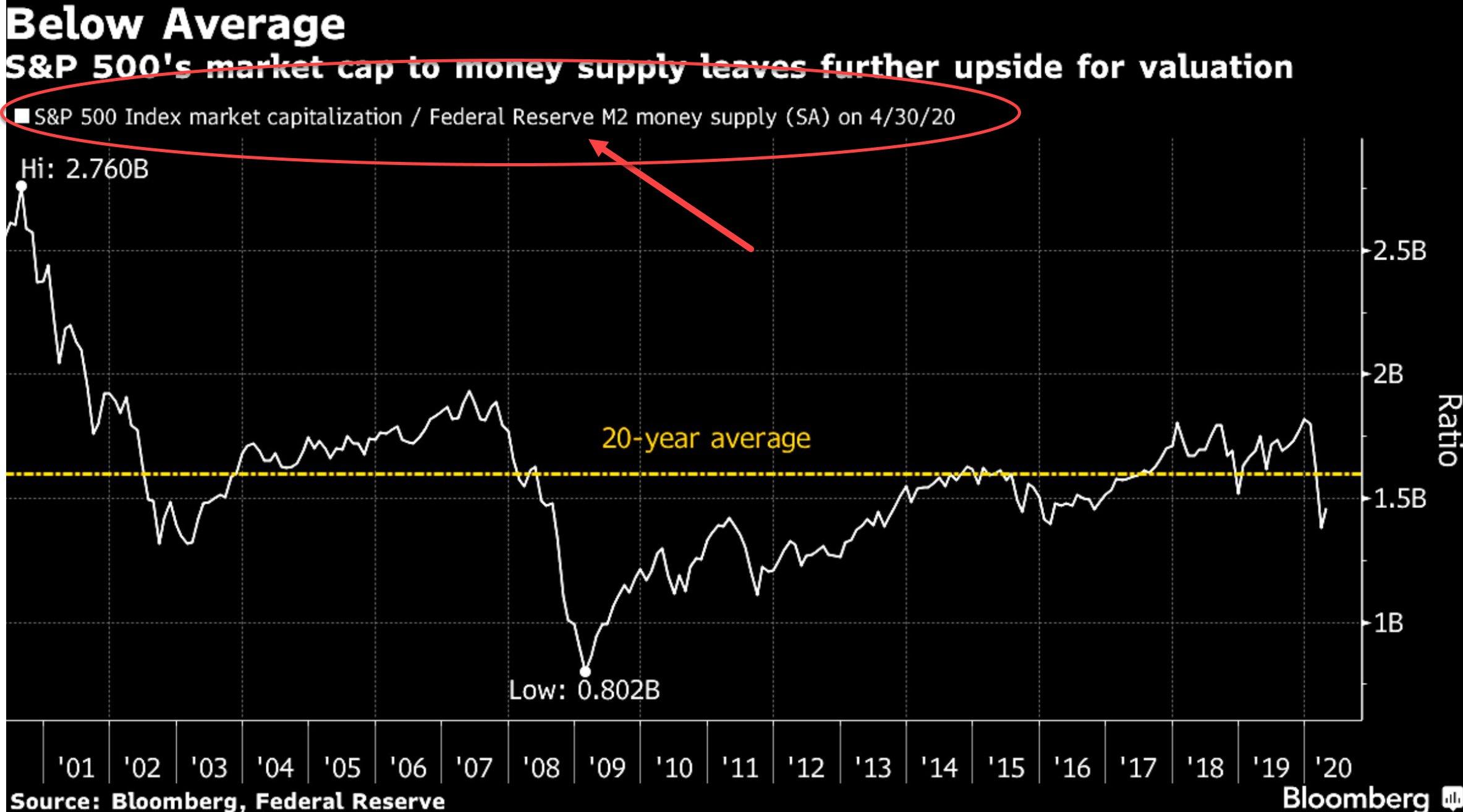 This is in response to the part of your question that asks about M1 versus M2, although it seems you've more or less answered parts of your own question. M1 is the simplest monetary aggregate and includes items most widely used as a medium of exchange (approximately 85% of household purchases are made using M1 balances); it is defined as follows:

M2 is a broader definition of money that adds to M1 other assets with check-writing features, such as money market deposit accounts, and other assets that can be turned into cash quickly with very little cost, such as savings deposits.

Looking at why central banks usually focus on M2 instead of M1 to monitor monetary policy gives us a quick sense for what drives M1 versus M2:

As you can infer from the above discussion, the main driver of growth in M1 versus M2 should be the interest rate offered on money substitutes, as long as the institutional structure of where firms and individuals hold their deposits doesn't undergo a significant change.

However, to therefore conclude that that the M2-M1 differential is primarily determined by commercial banks is probably too simplistic. Clearly, one effect of the Fed's massive bond purchases (QE) is to lower interest rates across the yield curve (and therefore more or less equalize the interest rate differential between checking and savings accounts).

In fact, the following article shows how a prior episode of QE led to an increase in the growth rate of M1 versus M2: What's Driving up Money Growth?

Broadly speaking, if something is in M2 and not M1, it's because there's some friction in spending that money, while M1 allows for mostly frictionless transactions.

M1 consists of currency in circulation, checkable/demand deposits, and travelers checks. All of these forms of money can be used to facilitate transactions immediately.

M2 further incorporates savings accounts, money market accounts/mutual funds, and low-value time deposits. These forms of money all require at least some amount of time or some sort of transaction cost and typically cannot be used for transactions directly and on demand. But, they can be converted into M1 relatively easily and then used for transactions. That's the primary difference.

Not the answer you're looking for? Browse other questions tagged equities inflation financial-markets central-banking money-markets or ask your own question.

0
What is the source of the money in a leverage transaction?
4
How much money tracks the FTSE?
1
What is the impact of inflationary expectation on stock price?
1
What actually drives a stock price up ou down?
0
Difference between Order Expire and Order Done for Day (DFD)
2
What's the difference between a stock trading on an exchange and a stock being listed on an exchange?