what does the cover page of Guyon and Labordere's Nonlinear Option Pricing represent?

It could be a bit offtopic, but I don't see the link between the contents of the book and the cover page. Thanks 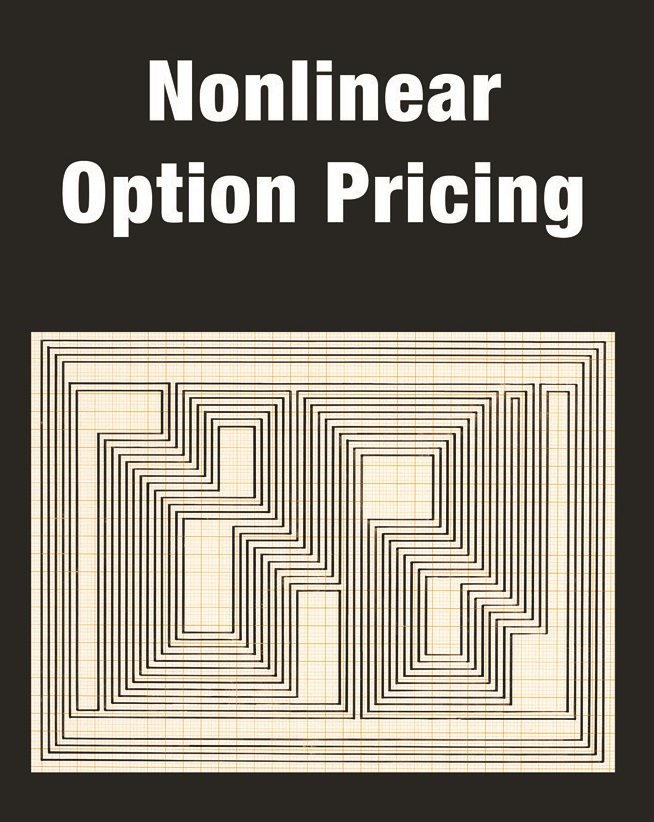 Julien Guyon was so kind as to explain the story behind the cover and gave me permission to share it with the rest of the community:

There's no direct link between the contents of the book and the cover page. I love Josef Albers' art and we decided to choose one of Albers' artworks to illustrate the cover page. The lithograph somehow suggests nonlinearity, as it evokes level sets of a nonlinear function, so we thought it would fit well---and also fit well with the black, white, and red style of the covers of this book series.

The artwork is Graphic Tectonic by Josef Albers (1941). It was actually inspired by pre-Columbian archaeological sites that Albers visited in Mexico. This is well explained and illustrated in the superb book Josef Albers in Mexico. It is a funny coincidence that the quant.stackexchange.com message was posted on Saturday, as I went to the Albers and Morandi exhibition at the David Zwirner gallery in New York City precisely that day and thought again about the book cover!

This book aims to demonstrate advanced numerical methods for solving high-dimensional nonlinear PDEs, which do often arise in option pricing. Hence, the authors present general mathematical tools which could be applied to solve these nonlinear (parabolic) PDEs.

The price of a European option under the Black-Scholes model is governed by a linear second order PDE, for which even an analytical solution exists. However, many factors, such as uncertain volatilities or market anomalies, to name just a few, or the calibration of local stochastic volatility/correlation models, lead to nonlinear parabolic PDEs. For these problems, an analytical solution does not exist.

To me, the graph on the cover thus represents such a highly nonlinear function (as @noob2 already pointed out) which eventually could be approximated using one of the numerical methods presented in this book.

Edit: To answer @noob2's question in the comment section, the Feyman-Kac formula is the link between PDEs and stochastic processes. This formula shows that the solution of a parabolic PDE can be represented as a conditional expectation (see this Wikipedia article). Since all options (with some exceptions) depend on the time to maturity, they are modelled by parabolic PDEs (containing partial derivatives in time), which model a variety of time-dependent phenomena, see the Heat equation for example. Note that the Black-Scholes PDE by the way is a small variant of the Heat equation. Because of the aforementioned factors, many real-world problems in QuantFinance are not linear, they are modelled by high-dimensional nonlinear parabolic PDEs. Finding a solution to these kind of problems is the main concern of this book.

Not the answer you're looking for? Browse other questions tagged stochastic-processes pricing models books nonlinear or ask your own question.

5
what's the difference between Peak-Load pricing and price discrimination?
5
Book recommendation: math toolkit for quantitative finance and statistics
3
Generating a P&L that is linear in the variation on an underlying at no cost
8
Maximum Sharpe portfolio (no short selling restrictions)
1
Textbook about methodologies for computing margins (TIMS and SPAN)
2
Autocall pricing: what does "Lipschitz continuous parameterization" mean?
0
References on cashflow modelling for private equity