How much of historic S&P500 gains are from price appreciation vs. dividends?

Several sources suggest 70% or so of Stock Market (S&P 500) gains are from Dividend payments (according to several sources, below) But dividend payments average for the S&P 500 have been about 1.9 to 3% for the last 30 years. But total return is around 9.5%. That suggests that Dividends are about 1/3 of gains.

Kevin O'leary (of Shark Tank fame) claims that 70% of stock market gains are from Dividends (in this https://youtu.be/IJXt0GX6QjM?t=95) The article from Seeking Alpha supports this.

I'm trying to verify that. 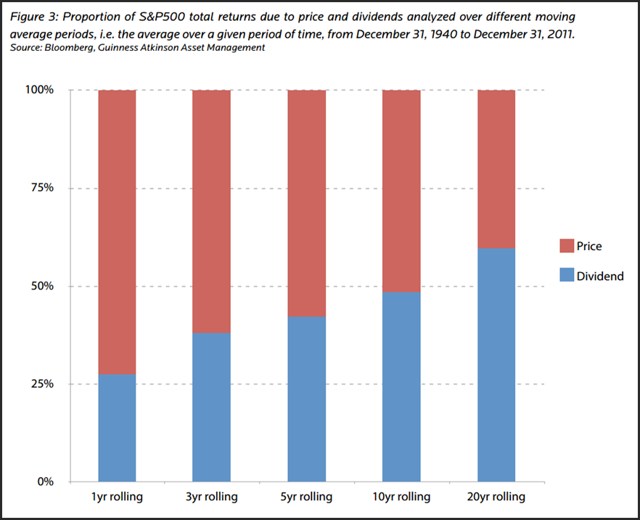 Browse other questions tagged dividends sp500 or ask your own question.

1
How to find/calculate daily S&P500 dividends?