Why was CDS-bond basis close to zero before the financial crisis?

For instance, see the evidence here: 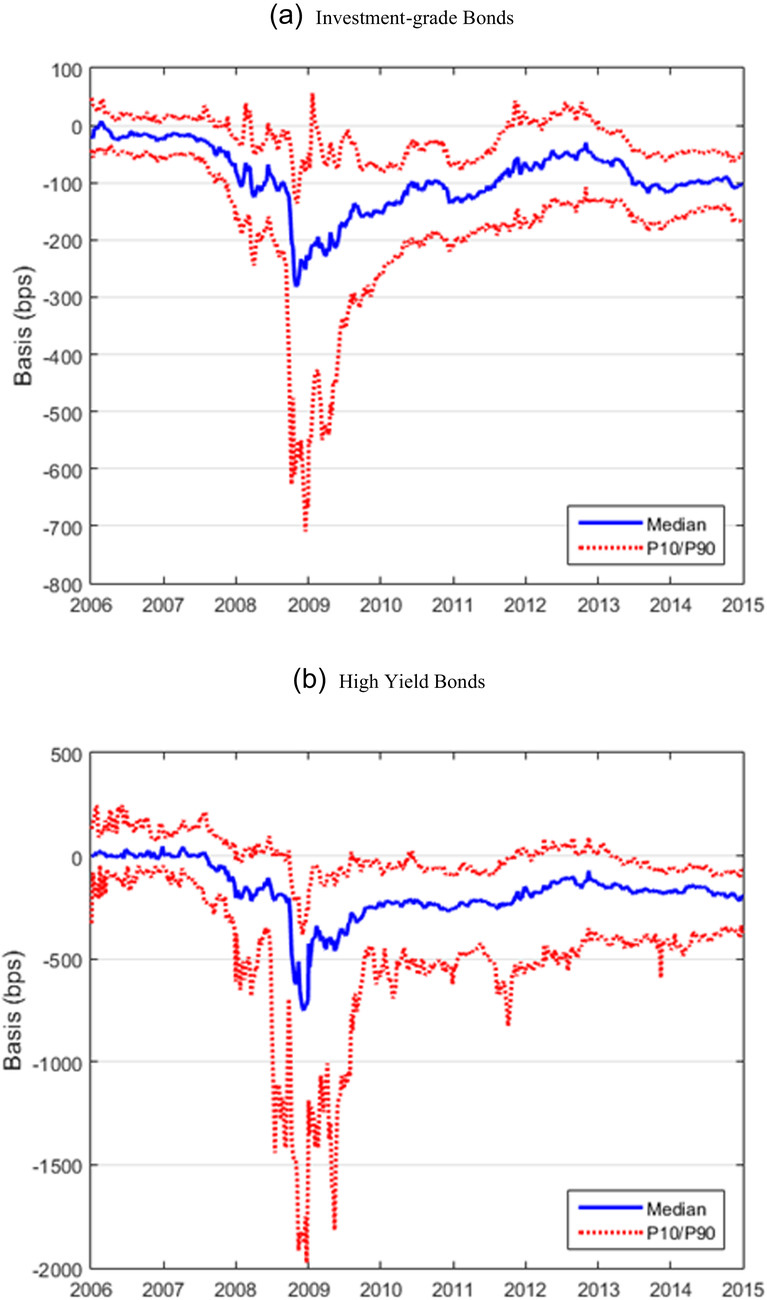 This paper claims that this arises from the fact that cash bond and CDS have different margins, and thus it is cheaper (funding wise) to hold CDS positions. However, funding cost wasn’t zero before crisis, so what explains the almost zero basis pre-crisis?

You and the paper are both correct.

Funding was not free before the GFC, but the funding cost of both positions then was almost equal, generating almost-zero basis.

Since then, holding physical bonds has become relatively more expensive, because these tie up bank balance sheet, which has become a scarce resource since the GFC. Or at least a scarcer resource than their trading VaR, which is what CDS positions generate.

Essentially, banks now charge their traders more for holding physical bond inventory than for the equivalent trading risk of the same economic exposure via CDS. Which is what generates the basis you've highlighted. The banks' traders would arb this out if they could; but their risk officers won't let them. Because the capital adequacy rules associated with holding a credit portfolio creates a different regime from that trading credit risk without balance sheet liabilities.

It's the relative change in the regulatory treatment of the two since the GFC that's key here. Relative being the operative word here.

hope this answers and helps, DEM

Not the answer you're looking for? Browse other questions tagged arbitrage cds basis limits-to-arbitrage or ask your own question.

0
Why does the price of a convertible bond go up if the CDS spread goes up?
9
Why can CDS indices be used as a bond market index?
1
Importance of z-spread in CDS-Bond Basis trading
5
Why were cross-currency swap basis so close to zero before the financial crisis?
0
Why is the DV01 of a CDS roughly equal to the DV01 of a par bond issued by the same reference entity?
2
Why has cross currency basis become higher since the 2008 crisis?