I think the question here is what we know about $\mathrm{Var}\left(\frac1X\right)$. Is this the right question to ask, and if so is there anything that can be said?

The trick here is that you're not asking about $\mathrm{Var}\left(\frac1X\right)$.

Some additional comments to @Jeremy909. That "problem" is one reason why logs are so useful. See Reason 2: The log difference is independent of the direction of change.

However, I think it is not clear from your question if you think about volatility of the price series itself or volatility of returns. There are a bunch of ways historical volatilities can be estimated. The most common is the (annualized) standard deviation (SD) of log returns. Other methods are for example Parkinson, Garman-Klass and Rogers-Satchell.

Using prices is very misleading as the same SD in USD (or any currency) has a vastly different meaning depending on the price level. Below is some simulated data (in Julia) which has the same SD but different mean (Avg). I guess it is clear which one fluctuates more in terms of returns. 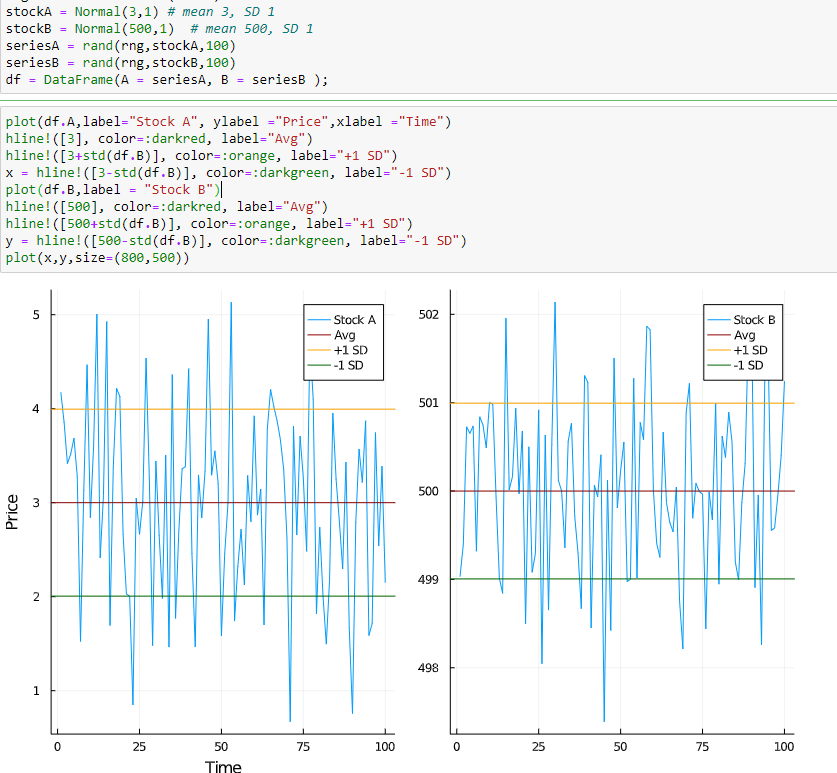 Variance and SD are indeed almost identical for both series (simulated that way).

Normalizing the two series to be equal at the start reveals how little the second one moves relative to the first one. 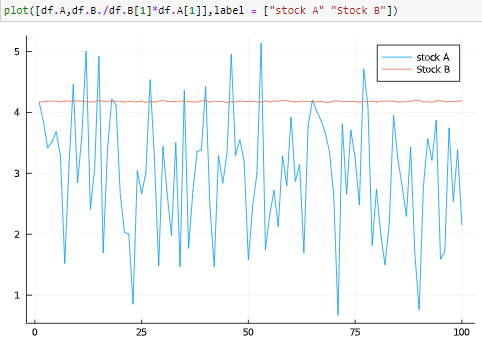 This is also visible in terms of returns of the two time series. 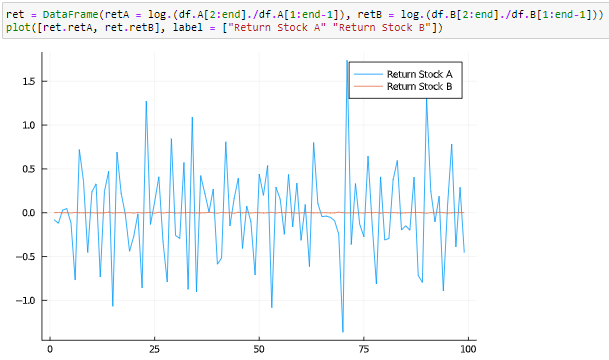 If we compute the inverse of stock A and compute SD of log returns we see how the two match (and that flipping the values in the log differences only changes the sign, but not the value itself as @jeremy909 showed). 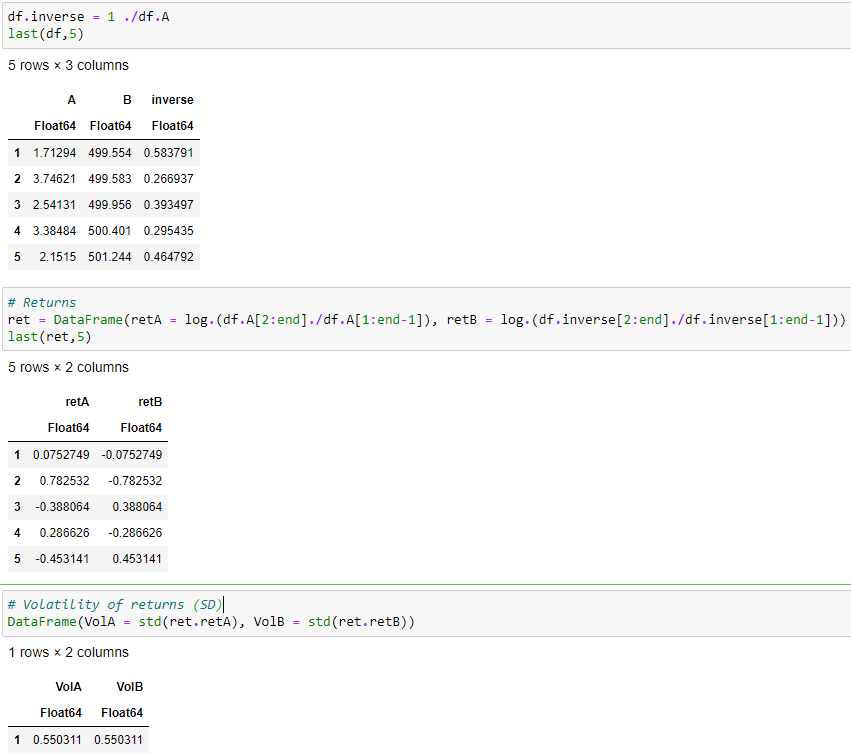 This quora answer illustrates another interesting issue with price data, namely that the order of occurrence does not matter. The screenshot is from the link and both series have a SD of ~USD 6.2.

Something that can be quickly checked with this series as well. 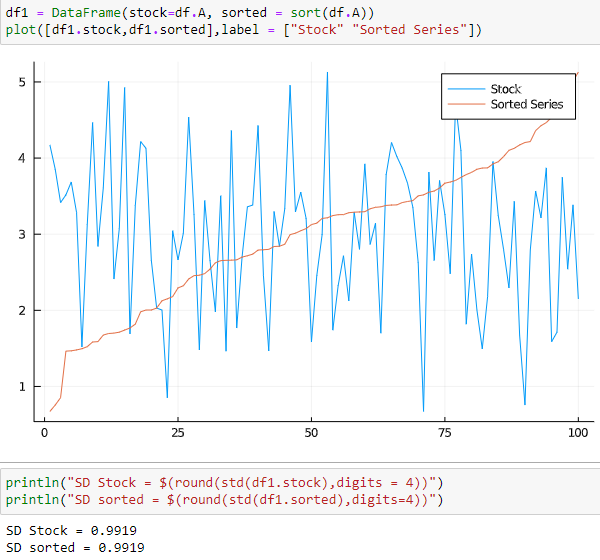 SD of log returns is vastly different as the chart suggests.

Not the answer you're looking for? Browse other questions tagged volatility currency or ask your own question.

3
Why and when we should use the log variable?
2
Numeraire explanation on currency greeks
3
Implied volatility of inverse quote
1
FX Rate dynamics
1
IV on FOP (futures options) being higher than IV on equivalent ETF
0
Rationale for Historical Volatility definition

8
What really drives option implied volatility?
8
How do we know if the volatility which is quoted in market is Normal (Bachelier model) or log normal (Black 76)?
3
Intuition Behind Scaling Factor in Variance Swaps
4
Existential question about currency exchange Risk Factor
1
What is the name of this VaR calculation strategy?
0
is implied volatility derived from the option bid quote or the option ask quote?