I want to model energy prices. I have two markets, lets say market 1 and 2.

Market 1 is continuously traded, and I will assume it follows brownian motion. So the value of the asset could be defined like this on this market alone.

Now market 2 is a bit different. It is auction based, and the arrival times of these auctions are geometrically distributed. The duration of them aswell, but lets ignore them for now. So if I understand correctly this second market is a Poisson point process.

With $N(t)$ a poisson process with rate $\lambda$, as defined by the jump diffusion paper by Kou. (See: http://www.columbia.edu/~sk75/MagSci02.pdf)

The exact way the jumps are defined is not really important. What I care more about is the fact that these jumps dont occur all the time, instead they are stochastically distributed, so they appear once in a while.

However I dont want to model the 2 markets with 1 model, I would like to have separate models. My main intention for separating the models of market 1 and market 2 is because I have additional markets, and would like to have a separate process for each market in order to combine them at will.

So lets say I just want to model the price of an asset only on the second market. Could I then isolate the jump part from the diffusion part?

In that case we would have something like this I assume:

If yes, then the rate of change of $S$ would be 0 without the jumps. I guess one could add some process into that such that the value of S would be mean reverting (I did that in the below picture). And then ideally I have a model that, when simulated looks like this: 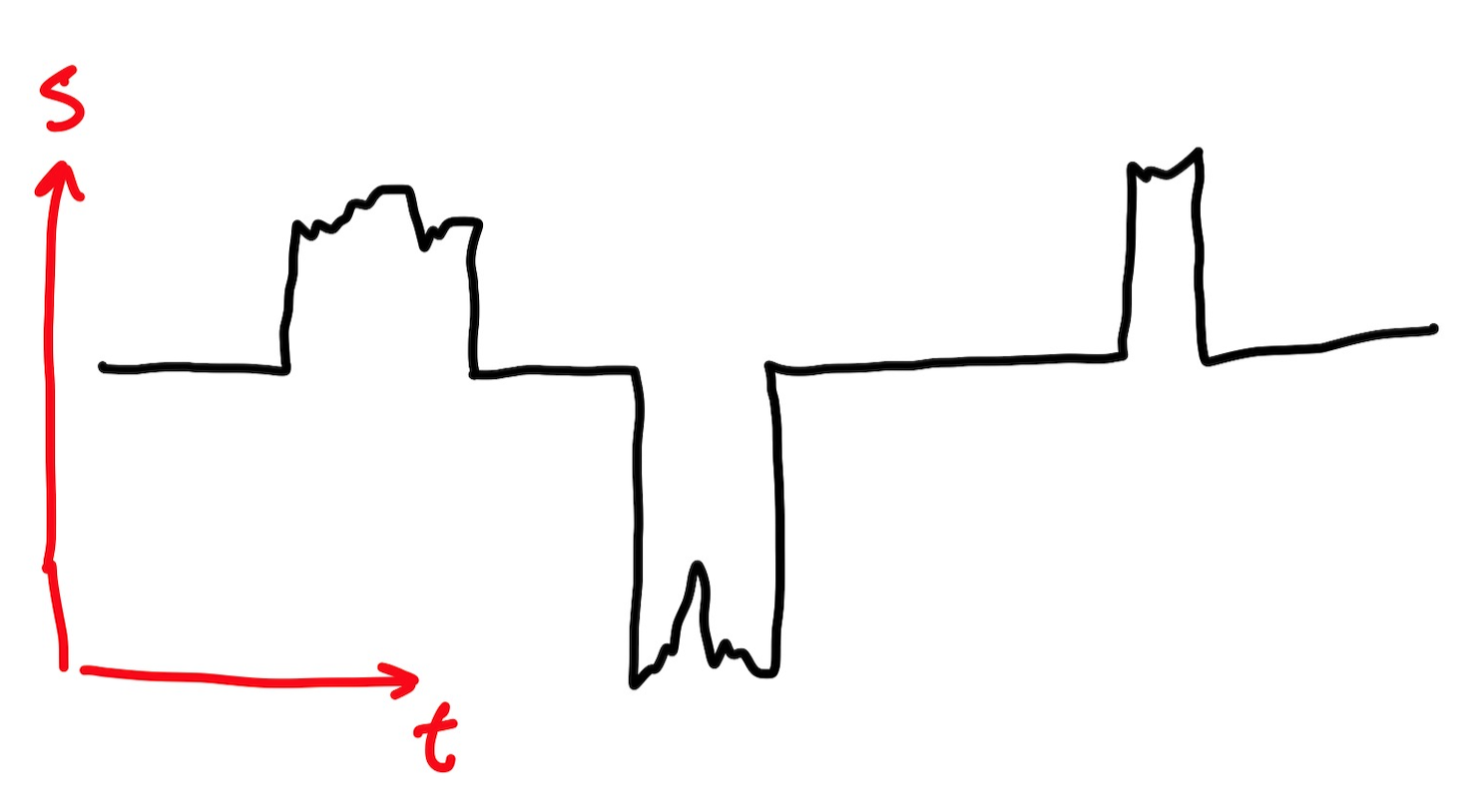 More some thoughts than a definite answer.

It depends in the end what exactly you want to do with that model. If you are the expert on those market mechanisms you could even invent your own.