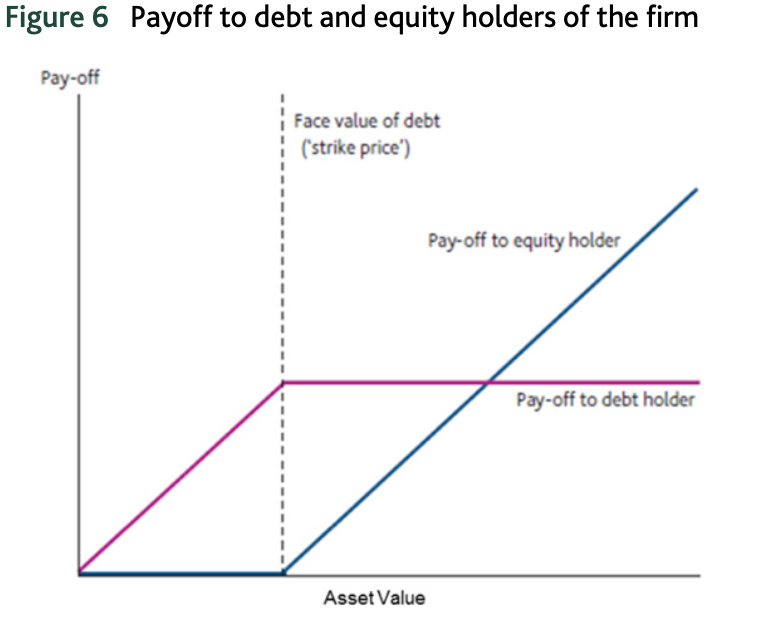 What i dont understand is why there is a negative relationship between the risk free interest rate and credit spread, which Merton has empirically shown. Intuitively, i would have thought the increasing the risk free interest rate would lower the discounted expected future cash flows and thus lead to higher probability of default and wider credit spreads. I found the possible explanations from some research papers:

"When interest rates rise, the value of the put option granted to the shareholders decreases because of the lowering of the discounted expected future cash flows, which in turn increases the value of the corporate bond since the creditors have a written put option position. This mechanism thus reduces the yield of the bond, making the spread over the yield of an equivalent risk-free security narrower. Another way of interpreting the outcome is to view the risk-neutral growth path of the firm value as being higher following an interest rate increase, leading to a lower probability of default and/or a lower default protection put option value, either way increasing the value of the corporate bond and therefore tightening the credit spread between corporate and risk-free government obligations."

Can someone breakdown the Merton model and provide an intuitive explanation of why there may be a negative relationship between the risk free rate and credit spread?

Now to the other statements in those texts:

I don't think so:

a) The yield of the risky zero coupon bond is increasing (B).

b) The price of the risky zero coupon bond is decreasing.

c) The price of the put granted to the bond holders is decreasing (for them) (D).

d) The spread of the zero coupon bond yield over the riskless rate is decreasing (A).

Only the statements (c) and (d) are in agreement with your quoted texts.

Not the answer you're looking for? Browse other questions tagged options credit-risk spread merton-model risk-free-rate or ask your own question.

0
Merton model for Probability of Default - What liabilities?
1
Model the share price under the Merton Credit model
2
Relationship between asset volatility and debt and equity value
1
Relation between low rate and credit risk
2
Dependence between Credit Default Risk and Credit Spread Risk