ADF test in R yielding perfect cointegration. How is this possible?

I am using the famous conintegrated pairs tutorial to just different stocks for cointegration. The adf.test yeilds perfect cointegration, which I feel must be incorrect. Here is why:

When I run adf.test() on a cumsum of a random series, the plot looks like this: 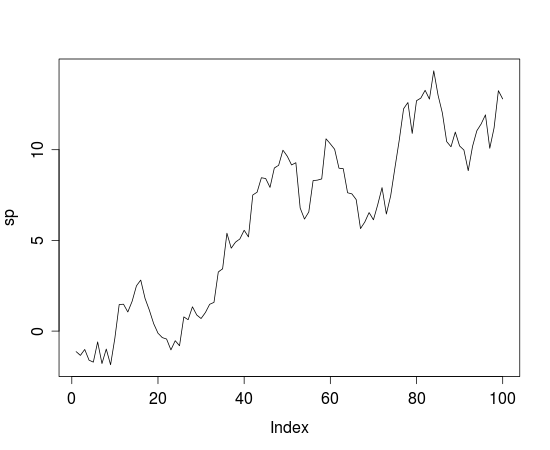 And it yields the following adf.test output:

Here is a spread I constructed, notice how it looks similar to the random walk: 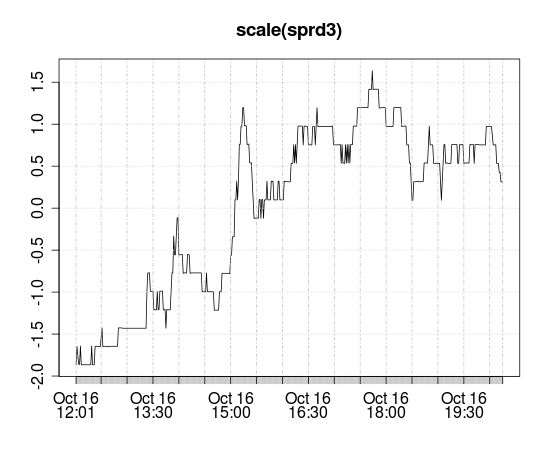 Which yields the following adf.test() output:

Any ideas what could be going on here? Why is the p-value extremely different between the two cases? I have a hard time believing that the spread I constructed in the graph is has a p-value of .99...

UPDATE I have looked into this problem some more and have revealed a little more that may help us get to the bottom of the .99 p-value.

Here is another spread I created: 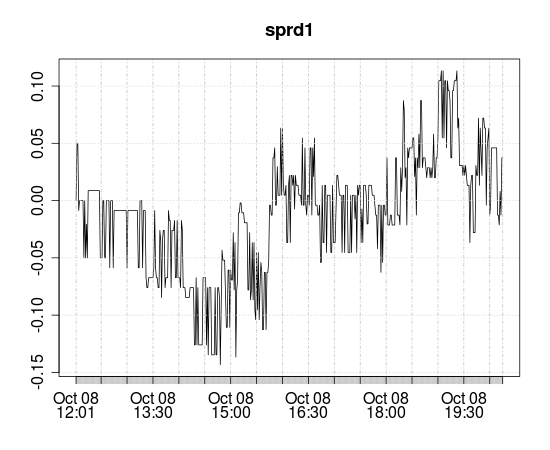 The spread looks a little more stable than the previous one I posted. I ran the adf.test() on this spread two different ways. The first was adf.test(sprd1). This came up with a p-value of .99, similar to what I have been experiencing.

However, when I use as.numeric() on the spread, the result is quite different. Executing adf.test(as.numeric(sprd1)) gives me a p-value of .07

Interesting. A little more info, the sprd1 data is an xts object with minute-by-minute data and no missing values.

Your spread does not look similar to the random walk. Many of the observations are the same as the previous observation. This means most of the first differences are zero, which is why the test indicates your series has a unit-root. The current value is very good at explaining what the next value will be.

Not the answer you're looking for? Browse other questions tagged r cointegration pairs-trading or ask your own question.

2
Two prices pass the cointegration test but there is a trend. How to check stationarity?
1
Johansen test on two stocks (for pairs trading) yielding annoying results
1
Interpretation of Johansen cointegration test in R
1
pair trading - rolling adf test
1
Why is OLS based spread not reflective of actual difference?